To get the disclaimers out of the way, this is obviously not coming straight from Beijing's Latin Quarter. Although a certain penchant for all things French is not entirely incredible, you can bet LeEco has a keener eye on neighboring India - probably its biggest potential source of revenue after the home market.

The brand's ascension to prominence was perhaps faster than anything we've seen - although obviously China's growing and outward-looking industry has been supplying more than enough examples to follow. 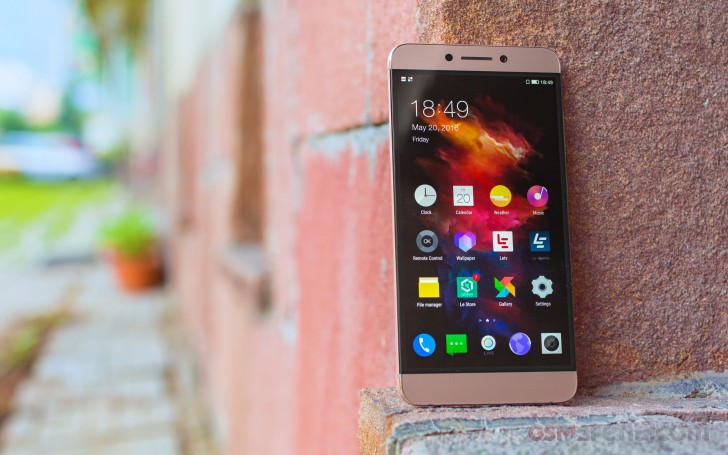 There's always a first time but consider this: it is only a phone from an obscure Chinese company - yet pretty soon you may end up reading first reviews of le what's electric car. Yes, LeEco is all over the place from digital content and film production to smartphones and autonomous vehicles.

And yes, we may have passed on the Le 1s and the original Le Max, but there was no way we miss the opportunity to review the Le Max 2.

Although it's not the big mac on LeEco's menu - the original Le Max still standing at a staggering 6.33" tall - the Le Max 2 is almost every bit as impressive on paper. It's an all-metal smartphone with a massive 5.7" Quad HD display, powerful Snapdragon 820 chip with 4 or 6GB of RAM, great imaging capabilities and a custom eUI launcher on a Marshmallow core, a combo that did manage to surprise us.

The sealed battery and absent microSD slot are the rule that makes exceptions that much sweeter, so we are not going to spend too much time on those. Duly noted, let's move on.

Our bigger concern is the battery. Even with Marshmallow pulling the strings, we're not convinced it's enough for such an ample phablet with such a pixel-rich screen and powerful chipset. Of course, we would love it if the LeEco Max 2 manages to put our doubts to rest.

We are definitely not fans of ditching the 3.5mm audio jack either, especially in a phone that's obviously not even trying to break any slimness records.

Yet, the Le Max 2 is ready for our detailed hardware checkup and will get every chance to justify all the design choices. We're pulling it out of the box to spin it around right after the break.

My Le eco phone won't pick up cellular service unless the wifi is on.. someone please help me

This device is lit AF. When you buy, it doesn't have voLTE. Type c headphone will not work after some days. VoLTE be enabled after eui update 5.9. Then you cant use BHIM upi or google pay just because you have lost the device verification from Googl...