The last month has seen an avalanche of new gaming devices - the ZTE nubia Red Magic 6 series, the ASUS ROG Phone 5 lineup and two Xiaomi Black Shark 4 devices. Now it is time for the Lenovo Legion 2 Pro to make an appearance, and we finally know its date of unveiling - April 8. 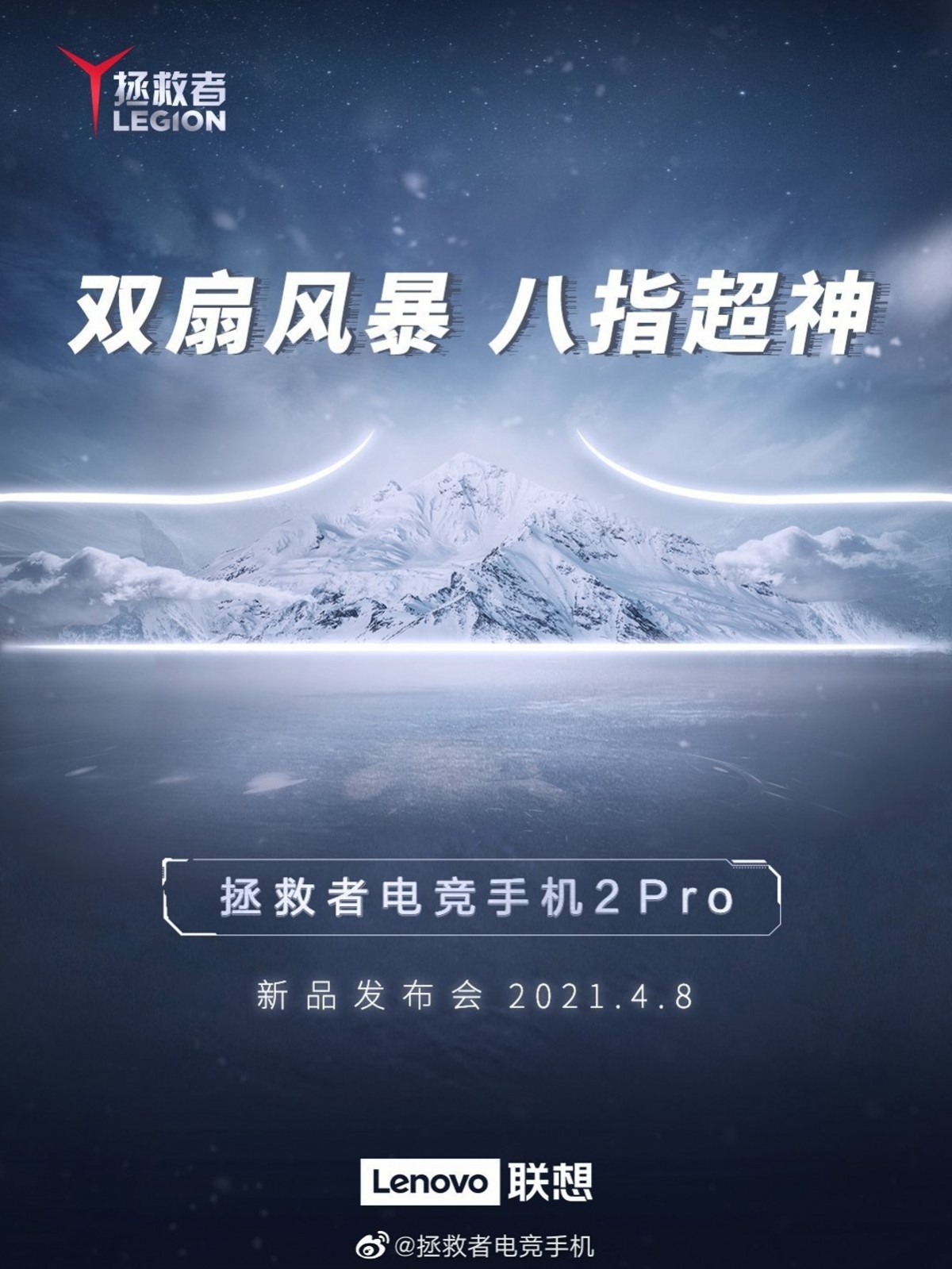 The news was broken by Lenovo’s gaming branch on Weibo. The new flagship will be “a hero that comes out to solve problems others can’t” and we hope this means the phone would bring something never before seen in mobile devices. One previous teaser suggested a dual-turbo cooling system with two physical fans in the device, which would indeed be an industry first.

We also expect Snapdragon 888 chipset and 16 GB RAM, up to 110W fast-charging through two USB ports and a striking design - just a reminder that the first Lenovo Legion Duel/Pro had the dual cameras in the middle of the back panel unlike any other smartphone in the world.

Its not bad it just gets hotter

Legion 1 had the best speakers ever in a mobile, Moto Z with Soundboost Mod is an exception. Yet they did not launch the handset worldwide. I believe Legion 2 has the same fate. If they launch it worldwide, or most of the countries, and keep a good p...