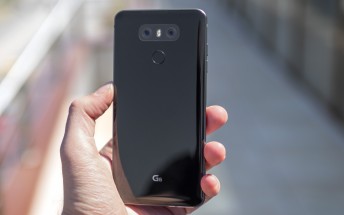 The LG V30 is already happily running Android Oreo in some parts of the world (most notably the company's home country of South Korea). The G6, on the other hand, hasn't been as lucky. Back in October a unit running Oreo appeared in a benchmark, and then around the end of last year we found out that LG was running a beta test of the software in China.

If you were wondering when the finalized version of LG's interpretation of Oreo would finally reach Europe, for example, we may now have the answer. According to the company's official website for Italy, the G6 is expected to be graced with the update in the first half of this year. Here's a screenshot proving the above.

That unfortunately means that, in the worst case scenario, you will have to wait until late June to see the tasty treat on your G6, a handset that isn't even one year old at this point. LG Italy's official Twitter account has pinned down the update time frame even more - to the second quarter (so at some point between April and June).