LG is in full-on IFA 2019 mode already. After we saw the K50s and K40s getting official, next in line is LG Q70. The device was just unveiled by the company and it is the first device of the S. Korean manufacturer with a punch-hole design of the front panel that LG conveniently calls it Hole-In-Display. 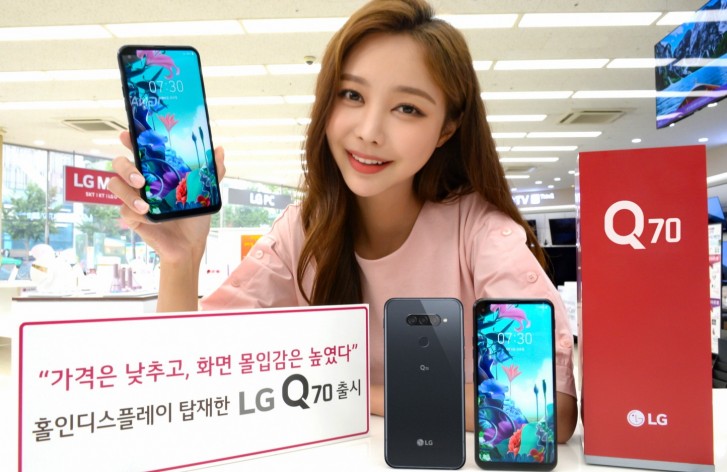 On the inside, there is a Snapdragon 675 coupled with 4 GB RAM and 64 GB storage, but there is also a micro SD slot. The phone might sport a midranger chipset, but it has all the features we see in flagships like V50 ThinQ and G8 ThinQ - IP68 rating, 32-bit Quad DAC audio, DTS:X 3D Stereo Sound, military-grade sturdiness and Quick Charge 3.0 for the 4,000 mAh battery.

The phone is priced at KRW548,900, which is about $450 or €410. It will arrive first with all three major domestic carriers, but we expect to hear about more markets once we see the device at IFA 2019 in Berlin next week.

One The first phone from LG to sport SD6** series chipset. Great specs indeed. Hope to see this launch in India for around 20000INR

As goodly, Q series was compact. what is about 6.4 screen now