Meizu officials have already said that we're not going to see an MX5 Pro smartphone, with the "Pro" line getting shelved. However, that apparently doesn't mean that there won't be some high-end devices from the Chinese company in the near future.

It may in fact be already working on not one, but two of those - one of which could be the device formerly known as the MX5 Pro Plus (and supposedly pictured below). A Meizu device with a Samsung Exynos 7420 SoC as well as another Meizu device with a MediaTek Helio X20 chipset have managed to top some benchmark charts recently. 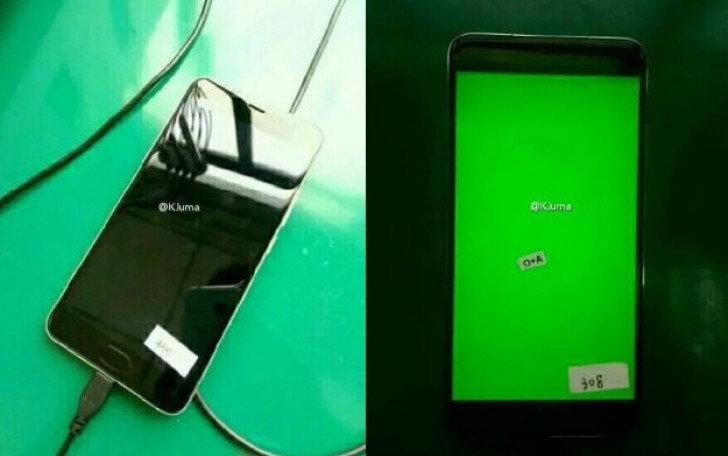 Let's start with the Exynos-powered unit, codenamed NIUX according to the folks who run the AnTuTu benchmark. This has achieved a score of 69,000, putting it pretty much on par with the Samsung Galaxy Note5 sporting the same chipset.

There is one important difference, however, as the Meizu went through AnTuTu with 'just' a 1080p screen. The display's size is still a mystery, but other specs of the device have been revealed. It's going to have a 21 MP main camera, a 5 MP front-facing snapper, 3GB of RAM, and 32GB of storage. It currently runs Android 5.1 Lollipop.

Moving on we get to another handset, and this one is said to launch as the Meizu ME5 (to complement the MX5 in the firm's roster, undoubtedly). It uses MediaTek's upcoming Helio X20 SoC with a deca-core processor (yes, that's ten cores). Because two of those cores are Cortex-A72, it's managed to beat the aforementioned Exynos 7420 in the AnTuTu benchmark, because Samsung's offering has to make do with Cortex-A57s on the performance cluster, and the A72s outperform those.

The Helio X20 goes past 70,000 points in the benchmark, revealing perhaps the first ever true high-end contender from MediaTek. Once again, though, the Meizu device used to achieve that score has 1080p resolution, so keep that in mind.

The ME5 is rumored to come with a 5.5-inch screen, a 20 MP Sony Exmor RS rear camera with f/1.8 aperture and the 1/1.7" Sony IMX204 sensor, as well as a 6.2 MP selfie snapper with f/1.8 aperture and a 1/3.06" sensor with wide-angle lens. The phone should have 2.5D curved glass on both the front and the back, with a metal frame - a design that's said to be reminiscent of Samsung's Galaxy S6, but with less reflections put out by the glass. There will be a fingerprint sensor on the back, 4GB of RAM in tow, and a 3,600 mAh battery. It will be around 7.9mm thick, but the camera will protrude to 9.9mm.

According to sources in China, Meizu will price the ME5 at a whopping CNY 4,999, which is around $785 or €695, putting it on par with the iPhone 6 and the Galaxy S6 in that market. So this will clearly not aim to compete with any 'affordable Chinese flagships'. Meizu feels that the design and workmanship of the ME5 are worth the high asking price.

It's unclear when either of these handsets will become official. It's also quite possible that the two are going to be offered as two versions of the same ME5: a lower-end one with the Exynos 7420 and 3GB of RAM, as well as a higher-end model with the MediaTek Helio X20 and 4GB of RAM. Their other specs are similar enough for this to easily happen.

Out of curiosity wouldn't that be up to the phone maker as far as SSD tech and ram goes @.@?

In it's highest gear it's nothing more than a dual core. Albeit a powerful dual core in mobile standards. Samsung using A72s on a 14nm process in a quad core set up will be absolutely INSANE.