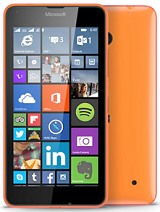 From September 2015 till now I still use this phone. Battery still last whole day at normal usage. Battery health is 100% (according to battery X app). Display is like new (Gorilla glass 3). Some apps like whats Up, messenger do not work anymore. Facebook in Egge works but you can not send messages to selected friends-just can post to all your friends or public (on the wall) . Viber and Skype still works. It is time to say thanks and goodby to Microsoft phones.

i have a problem in my microsoft lumia 640.The problem is that it doesnt power on but only shows that it is charging and when i hold the power button to power on it just vibrates and keeps charging forever. pls help me out with this issue and i know that posting problems are not allowed but plz help me out.

Finally, Planning to move to another phone from Lumai 640, Using it since July '15. As whatsapp wont work from 2020.

June 2019, Lumia 640 is making wonder!
Bought a used one with screen broken and ofc back cover broken at power button!
Never repaired, just wanted to see how far it can push!
Instagram works like any android fone, yes with little hak, you really be a little techier to use it,
No games other than brick game, YouTube and mail all the way in edge browser, works fine 👌🏻
Also google drive,

I have been using this phone since they release it in 2015, so that's 4 years now. It survived a lot a drops and hits. It is still functional although slow now and lacks a lot of apps. But since the Windows phones are officially out of business, i guess it is time for me to finally bid farewell to this phone. This phone is a survivor.

Koreenium, 27 Dec 2018Great cheap phone. It's running faster and far smoother tha... moreIs not it irritating that the phone is continuously downloading updates?

Great cheap phone. It's running faster and far smoother than many more expensive and newer android phones that have far higher specs. Windows Phone 10 constantly gets updates which is something Android users can only dream about without buying a new phone.
Only real downside is that Windows Phone lacks apps, especially mainstream apps which are only made for iOS and Android. Shame.

This phone has lasted me at least 3 years, it has survived constant falls without harm to it's functionality. Today it fell again and this time it crashed the glass, however, it still works perfectly, both the touchscreen and the performance haven't been harmed, so... I'm considering just replacing the glass instead of buying a new phone. Outstanding craftsmanship and durability, this is a quality phone.

How much RAM is used by the operating system?

I have been using my Lumia 640 DS for more than 3 years now (from August 2015) and from the price point it has already exceeded its service time. My friends who bought Android phones have already changed their devices 2 times till now while I can still use mine as the daily driver. I know about app gap but I have all the apps I need in Microsoft Store. Honestly, yes, sometimes I have to use my mom's Android for something but that's really rare. I still get monthly updates in my phone whereas even 1.5 years old Androids have stopped receiving updates and those newer ones only get updated after minimum of 60-90 days while I get updates monthly and as per support policy I will continue to get till next year (Windows 10 Version 1709, Insider).

yogi, 08 Jun 2018please any one suggest me a good charger of charging this p... moreYou can use any branded charger (for safety) with minimum 1Amps output (otherwise will charge slow). Mine charger is also damaged so I have been using Moto charger for more than a year without any problem.

using the phone now more than 2.5 years great phone no problem as such upgraded to win10 working fine battery backup is good sound quality is good it is a nice phone one can go for it
only thing is that now a days it sometimes get heated fallen from hand thrice but no issues

gaurav big-G, 24 Sep 2016All apps are useless and crashes all the time.And where is ... moreFor you tube type on browser www.youtube.com. Likewise for facebook, airtel, idea, amazon, flipkart etc . For hot star I have 65" plasma tv. I don't know about jio as I am not a customer of it.

AnonD-527409, 17 Apr 2016Sarath dont use your phone while charging to quick charge. ... morethanks for your suggestion but its not working and my mobile was charging only upto 80% after updation of mobile also the problem persists

my mobile was charging only upto 80% can any one resolve this after updation of o.s also the problem persists

1-4 random reboots every day ...!!!!!
This problem continues even after the upgrading of the windows 8 for the restart
and after the installation windows 10, and after soft and Hard Reset, and after
changing a lot of firmware (from http://www.lumiafirmware.com/ser/RM-1077)