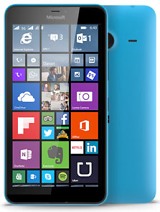 Lot Of Apps This Phone Not Support. Very Poor Technology But Phone Protection Is Very Good. Several Time I`m Fall Down My Phone But No Matter Because It Have Very Tuff Glass. Totally It Not A Good Mobile.

Microsoft lumia 640 dual sim is worst phone . I purchased it 1.5 years back . From inception it worked poor. after upgrading to ver 10 it became a rubbish stupid staff . Microsoft may be a giant company worldwide but to a small user like me , it is nothing but an ogre company . Now my phone suddenly gone black and not booting and charging rather vibrates in a pulsating way when connected to charger . I met the dealers . None can give me the solution . Even in internet no solution as given there is working .

virat chandru, 09 Apr 2017My Microsoft 640 xl problem Os version windows 10 UC b... moreI also upgraded window 10 but it gives lots of prob,bugs. Then I downgrade to window 8.1 ..now it is better than window 10..watch on YouTube how to downgrade.

Have had this just over 2 years, at the time the best value 5.7" phone I could find. All going well until the last month or so. For some reason my keyboard would just stop working, music would stop playing when browsing, FM Radio just disappeared, browsing was very slow, Camera sometimes would not open and lately the phone would just go grey and I needed to restart.
For the money though, close to years was pretty good. Have upgraded now to an LG G6, still a 5.7" screen with a different aspect ratio, so far so good, a really nice phone at a decent price.

A very good phone compared with its price. I bought it more than 2 years ago (Apr. 2015), and it is still. Its camera is good in both photos and videos. about 6 months ago, I upgraded it to Windows 10.
The only downside after two years is that the battery became weaker, especially with games, 3G, and bluetooth open.

It's a disgrace to hold or use 640xl nowadays, as Windows and Microsoft have been laid to Rest. Pathetic!

Would anybody like to receive it as a gift, just shipping!

Philip, 18 Jul 2017I Liked this Phone at the first.But as the time passed on i... moreYeah same

I Liked this Phone at the first.But as the time passed on i started to hate this phone a lot. Thus is because the apps in the Phone when clicked are not opening and even when i uninstall it and reinstall them they are not working.. Im starting to hate the Windows os. They are not fit for smartphones . People stop buying windows phone for their performance.If you are in need of a phone with good screen quality and camera Quality alone you can go for these phones

khan III, 01 May 2017you guys whin so much abt windows phone yet windows os is t... moreWP app store- the stars are not reliable, search function sucks
Lumia 640xl- screen & battery great, but lags a lot, keyboard sucks, apps not stable, even whatsapp always suddenly shutdown. Apps so limited n not very compatible with this phone. Overall - 5/10

I'm demolarised to buy Lumia 640 XL dual sim because of many issues people give about it.The worst part is that Microsoft Company pays deaf-ears to your issues and they can't do anything about it.I thought Nokia has changed in terms of its sub-standardising of phones.After upgrade to window 10,it develops problem.

I bought Microsoft 640xl mobile before 2yrs with price approx Rs.15000/-. That time Rear camera's picture quality is awesome but now its gradually getting worse. Front camera is not good as before. Now in low light, picture is dark and picture quality is not good. But battery is too good. I always use net in my mobile and till now it gives backup 1 day. Recently I am facing a problem that is update problem. This mobile's operating system was windows 8.1 but suddenly it stops work and then update to windows 10. Whereas its internal memory is only 8 gb and windows 10 system size is approx 6gb so I can't download necessary apps in this mobile like whatsapp, facebook etc. It's too bad for me. If I can't use this mobile as a smart phone then why I suggest to anyone for buying this product. I think it should have internal memory at least 16GB with this price.

Lumia 640 xl is nice phone,hardware Build quality ALSO great! In mid range phones.it give us windows 10 beautiful interface but apps are sucks. I wonder why Microsoft (legend).can't create stable operating system like IOS and ANDROID..... But still I love 💘 it.

Bought this phone for approx 200€ back in 2015 in Germany and for first 9 months I was really pleased with it. At the time I was looking for a phone with a large screen size so I can review Excel files and occasionally read a book. I was going for Samsung Note 4 but when I looked at this I realized that it can suite me fine for half a price of Samsung Note4.
Come spring of 2016, the update for Widows 10 came out and with it a lot of problems. Updates were coming out once or twice a month and I had no way of stopping it. With nearly every update I had to do a factory reset (which brings Windows 10 and not old Windows 8) in order for phone to work as intended. After a year of torture with updates finally the phone started working as the day I bought it.
Lack of apps was something I knew before I bought the phone so this was not an issue for me. I tend to use the phone for communication (calls, messages, WatsApp, Skype, Viber but no Facebook), as a music player, reviewing office documents (MS Office) and reading books. I don't play games and the phone provided comfortable experience for me. 1GB of ram seems to be fine on Widows OS. One thing I really was annoyed with is that there is no way for you to protect your files due to the way the OS is set up.
I never used any protection for the phone and I've dropped it countless times with just a few scratches on the plastic back cover. Until couple of days ago when I dropped it just the right way and glass shattered. With repair costing of approx 80€ I don't think I'll be repairing it and with a great range of Android phones within the same price range for a new phone, I don't think I'll be be buying a Windows phone again.

you guys whin so much abt windows phone yet windows os is the most stable,secure and most popular worldwide.microsoft hardwares are the most resilient on phones,the screen technology the best.app store,how many apps do you need in your phone?100? because that will make your phone an apps store itself.give microsoft phones a break.those who buy them have solid reasons for doing so despite your discouraging efforts that you have been running for years.windows phone are still the best..that is why business men(those who really value money unlike you) still go for them.

maaz, 30 Mar 2017no snap chat and no 8ball pool game so many apps are missin... moreyou can play 8pool game by downloading Cue Billiard Club:8 Ball pool from store. its nice game.

I uninstall UCbrowser
and i try to reinstall but unable to...
i've tried many times download from the store again and again. please help me