Microsoft may be out of the smartphone game but is still doing tablets if only with the desktop Windows OS. The company just launched a 10” Surface Go with Windows 10 out of the box, although with its lite S flavor. It has the same form factor as the Surface Pro but is cheaper, lighter, and to some extent, prettier.

The Surface Go has a 3:2 screen with 1800 x 1200 pixel resolution and is in Microsoft's words the thinnest Surface ever. It weighs a bit more than 520 grams, making it heavier than an iPad but lighter than its bigger and mightier sibling - the Surface Pro.

On the inside, there is a Pentium Gold 4415Y processor, and RAM is either 4 GB or 8 GB. The storage solutions is 64 GB eMMC or 128 GB SSD. Microsoft currently offers the Surface Go in Wi-Fi-only flavor with LTE version coming “later this year". 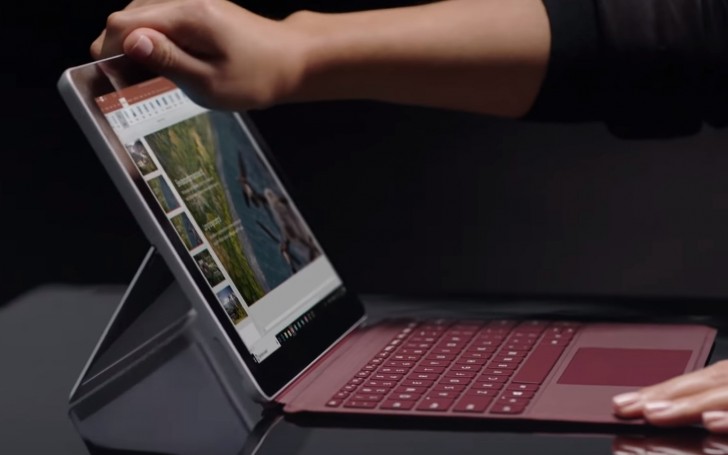 Arriving with Windows S means there is only Edge browser and Microsoft Store for downloads, but you can update to the full Windows 10. Microsoft will also be offering a few nice accessories for the new tablet - a $35 wireless mouse, a $99 Type Cover, and the $99 Surface Pen.

The price for the actual Surface Go starts from $399 for the 4/64 GB version and goes to $549 for the 8/128 GB variant. Pre-orders have opened, but actual shipping starts in August.

Microsoft is working on a new smart speaker

Really? This is what you stoop to? Being factual means you go crying and say I must be a fanboy? Grow up.

Look up what an ad network is. It's not synonymous with running advertisements. Apple is not running an ad network. Google, Facebook and Microsoft are.

Uh apple ads exists, so do store recommendation and those offers I keep getting based on my preference. Wonder how does apple know what I prefer since according to you it doesn't collect any user data...