There will be no new Dev Channel build of Windows 11 this week, but there is something better – the first Beta build is now live. Microsoft recommends that those who were curious enough to install the early Dev builds, but would prefer something more stable, switch over to the Beta channel.

Normally this would require a full reinstall, but for a limited time you will be able to switch from the Dev to the Beta channel. Go to Windows Update > Windows Insider Program to make the switch. 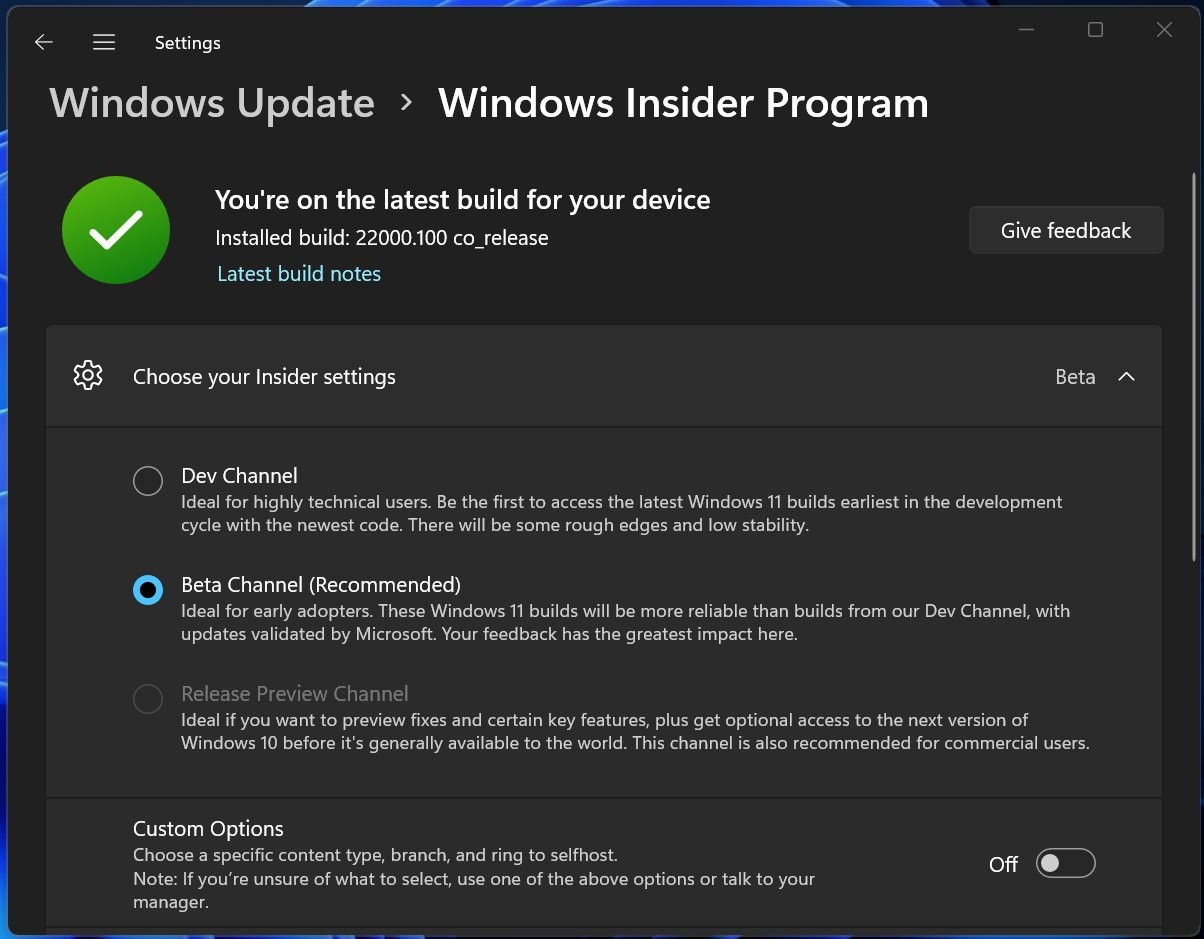 Note that Windows 11 is still very much under active development and while the betas should be fairly reliable and issue-free (certainly more so than the Dev channel builds), they are still not suitable for most folks to install on their main computer. Here’s a quick overview of what the three channels are about: 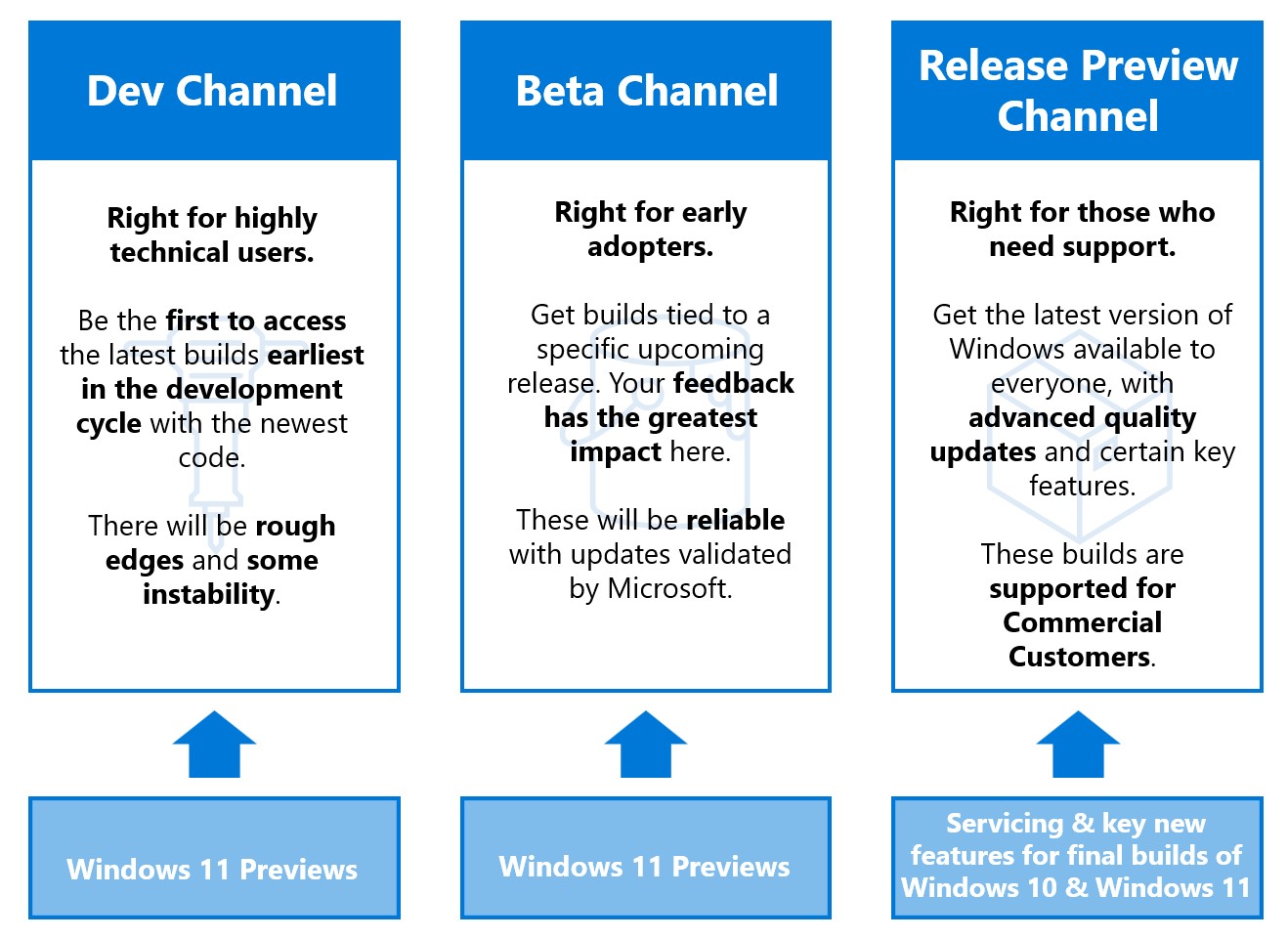 If you aren’t running the Dev build, but want to try out the Beta, you still need to enroll in the Windows Insiders program. Naturally, your computer must meet the system requirements and many relatively new CPUs do not.

If you missed out all the reports on what’s new in Windows 11, check out this post for an overview, this one covers the most recent changes. The stable version of Windows 11 is tentatively scheduled for an October release.

I'm so happy that's only just your opinion

My understanding is the Dev channel releases do not require the TPM or other security requirements so they can run on more or less any PC. The official public releases won't. however.

If you have a valid Pro license then yes it is free since you can use your old license. Win10 is NOT heavy, it's just that you have to do some tweaks such as disabling or uninstalling apps that you don't really used and turning off some/mos...