A Motorola Moto E7 Plus ran Geekbench earlier today. It’s an Android 10 phone with 4 GB of RAM, which puts it above the vanilla Moto E7. That one leaked on the Google Play Console with only 2 GB of RAM. The vanilla model will be powered by the Snapdragon 632 chipset, that much we know from the Console. However, the E7 Plus motherboard is listed as “guam” and it’s not clear which Snapdragon that refers to. Presumably, a 6 or 7-series chip as it would be odd for the Plus model to get a lower end chip.

The Geekbench 4.3 score lines up with what we got from the Moto G7 when we reviewed it (also based on the S632 chipset). Actually, the result is a bit lower, but that may just be the pre-release hardware and software.

Here are some alleged photos of the Moto E7 Plus from earlier this month. They show a dual camera with Laser AF and (likely) a fingerprint reader in the Motorola logo, plus a teardrop notch on the front. 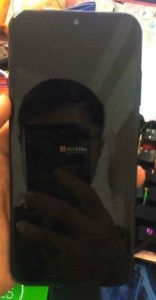 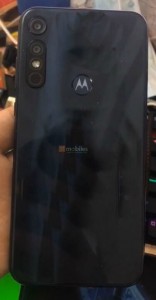 The vanilla Moto E7 will have a 6.2” 720p screen (you can see photos here), so you can expect a larger (if not necessarily higher resolution) panel from the E7 Plus. Also, the vanilla model was listed in Canada at CAD 190 (around USD 140/EUR 120), naturally the Plus will be a bit more.

Snapdragon 632 hd plus screen (now) under 140$ price tag have Motorola Moto E7 (at least in US) So, this one Plus, will be better.

people who hate miui and perticular about privacy will surely go with this.