The Moto Edge X30 will be unveiled on Thursday as the first smartphone with the newest Qualcomm Snapdragon 8 Gen 1 chipset. The brand has started giving more details about the phone in the last few days, and the latest teasers revealed battery life, camera design and sensors.

The phone also appeared on Geekbench with 12GB RAM while a company exec shared a video from the production line, confirming the Edge X30 will be ready for the December 9 launch. 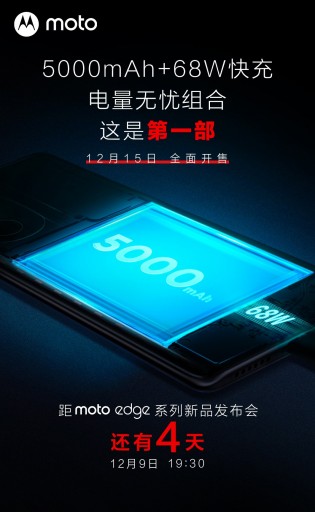 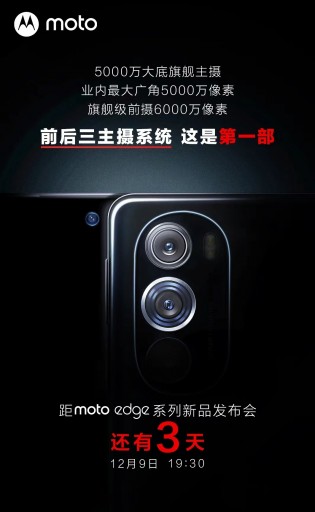 The camera island on the back will have two 50MP cameras - behind the wide and ultrawide lenses. The third unit is likely a simple 2MP cam for portrait shots. The front-facing shooter will be behind a punch hole and will have a 60MP sensor.

The battery inside the Edge X30 will have 5,000 mAh capacity and will support 68W charging speeds - another first for the brand. The device will also have NFC, something Moto flagships have skipped in the past few years.

There’s not much left to reveal about the new phone since the screen was also detailed earlier. The final unknown is price and availability, and if the Edge X30 will really have a sibling with an under-display selfie camera introduced alongside on the stage.

8Gen1 this mobile have heating PROBLEM.

How a phone with "luxury components" and "overkill price" can be cheap?