The upcoming Moto Z2 Play is hardly a secret anymore. We've already seen official-looking press renders of it, it's been spotted in a benchmark database revealing some specs, it's had other specs outed through the TENAA certification process, and even Lenovo itself confirmed its battery capacity. So you'd assume that at this point we are very close to its unveiling - and you'd be very right indeed.

The Moto Z2 Play will be showcased officially at an event in Brazil on June 1, according to a new leak. The source of this information has also posted the photos you can see below, showing the Z2 Play's retail box, as well as the phone inside it. These shots look legit so we assume that announcement date is too. 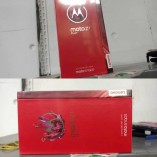 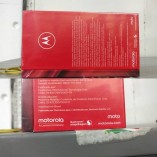 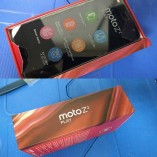 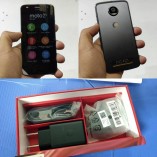 Despite the name, the 5.99mm thin Z2 Play feels like it might be the successor to the Moto Z from last year, and not the Moto Z Play - primarily because the latter device had battery life as its main selling point, while the Z2 Play's 3,000 mAh cell clearly won't be able to keep up with that.

The Moto Z2 Play has a 5.5-inch 1080p AMOLED touchscreen, a 12 MP main camera with Dual Pixel autofocus, 4GB of RAM, and 64GB of storage. It's going to be powered by Qualcomm's Snapdragon 626 SoC, and the Android version on board should be 7.1.1 Nougat.

Motorola Moto G5 Plus getting a new update

Too bad they change the nice glass black to boring recycled aluminum back, now it look boring like any other budget Chinese phone.

Announce it fast i want to buy it

Yes you are right, Lenovo Fkd up an iconic brand. The bstrds.