Aside from the upcoming Moto Z2 flagship smartphone, Motorola is allegedly also busy working on a new tablet. This is according to a new report from Android Police, claiming that the Lenovo-owned company is almost ready to get back into the Android tablet game that it left a very long time ago.

In fact, very few well known smartphone makers are still producing Android tablets, so this new Motorola device could be significant. It's said to come with a unique feature (though one that it may actually be borrowing from certain Lenovo slates): Productivity Mode. 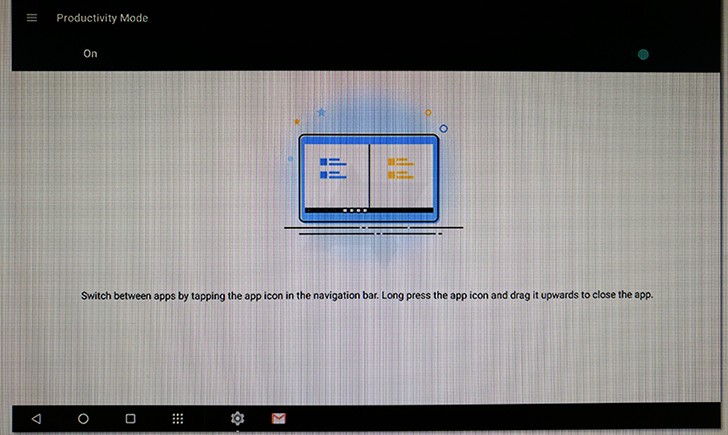 This is seen in the leaked screenshot above. Once you enter this mode (it's not on by default), you can pin apps to the navigation bar, thus being able to quickly go from one to another without having to invoke the multitasking menu. To close an app, simply drag its icon upwards - this implies that if you don't, then apps will be kept in memory. The Productivity Mode also moves all of the Android navigation buttons to one side of the screen, for easier thumb access. And there's a dedicated App Drawer button on the navigation bar too.

No details are known about the internals, however. The tablet is said to be in the 9-to-10 inches class, and it will apparently have a premium look and feel. Some versions will offer mobile data connectivity built-in. Hopefully more information will leak out soon, now that things have been set in motion.

gsmarena gives much info's aboput all new mobiles arriving the market. with it i had chosen my favourite branded mobile.

Looks wonderful, especially with it's 16:9 screen that screams "productivity & entertainment"! The world needs more flagship Android tablets as there are very few choices right now for the buyer.....

service center is too bad . friends don not buy this mobile