Far removed from the Moto G that got the series started in 2013, the Moto G8 Plus we have for you today aims to keep up with the times with a big display, large battery, and Quad Bayer cameras.

The all-plastic midranger that goes for €270/£240/INR 14,000 packs a 6.3-inch FullHD display (an LCD and not an OLED). Powering that is a generous 4,000mAh cell, a sizeable upgrade over the G7 Plus' 3,000mAh capacity. And for the first time on a G-series phone, the G8 Plus sports a Quad Bayer camera, or Quad Pixel as Motorola calls it. In fact, there are two of those - a 48MP one on the back and another 25MP one for selfies. 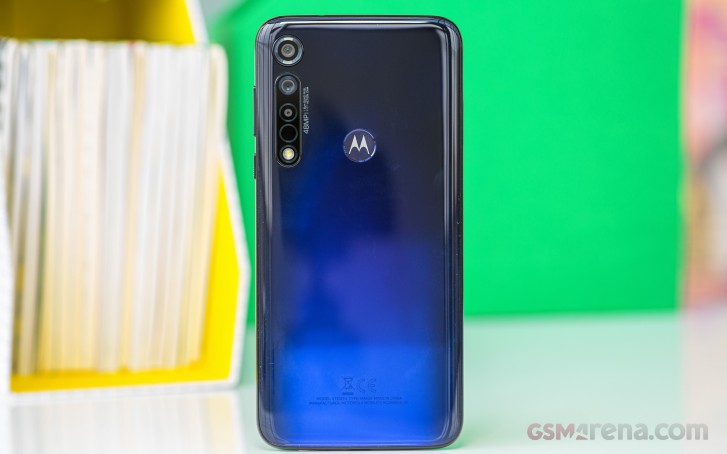 The Moto G8 Plus has an unusual twist on the above general formula too. Like its brother from another lineup, the Moto One Action, the Moto G8 Plus has a dedicated ultra wide-angle video camera that's rotated 90 degrees - so you can hold the phone in portrait, and still capture correctly oriented video.

Spicing up the spec sheet is the presence of stereo speakers - a welcome sight in this segment, and a feature carried over from the G7 Plus. Similarly to this predecessor, the G8 Plus comes in a single 4GB/64GB trim level, though it does one-up the G7 Plus with a newer and more efficient Snapdragon 665 chip. It has lost the dedicated microSD slot, however - if you get the dual SIM version, that is.

The G8 Plus runs Android 9.0, and we would have liked to be seeing Android 10 on phones that launch this time of the year, particularly ones with relatively light software customizations like the Moto's. It's also rubbing us the wrong way that you can't really take photos with the ultra-wide cam - that's a level of dedication to video that seems limiting for the user. Anyway, let's see what you're getting.

The Moto G8 Plus arrives in a rather unusually styled box. The plain lid has a prominent bat logo and the phone's name printed on it, nothing out of the ordinary. But on the bottom, where most phones have specs and regulatory labels and whatnot, there's a photo of the handset. The key hardware is listed on the right, the left holds the trademarks, while the IMEIs and stuff are on the short side. 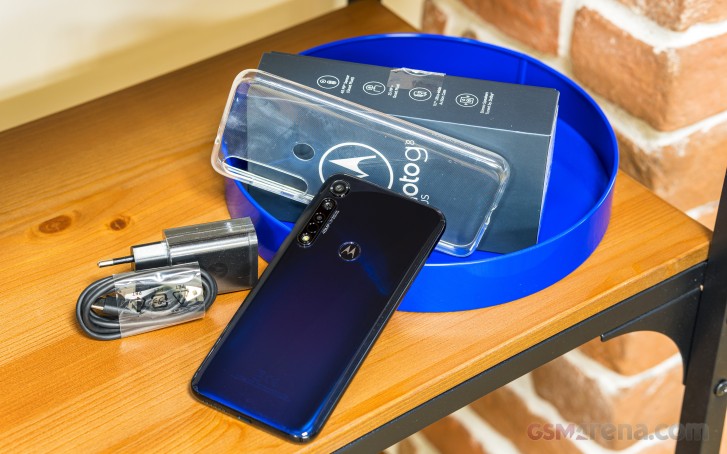 On a positive note, there is a clear silicone case that fully covers the perimeter of the phone and also has a lip on the front to distance the display from the tabletop if you happen to leave your phone face down - by accident, of course.