Following a pretty popular and well-loved predecessor, the Moto Z2 Play isn't trying to fix anything that ain't broken. It takes a certain level of confidence and self-awareness to go about an update the way Lenovo's Motorola division has done. No big spending on the exterior, no expensive internals either. Maybe they figured a phone with the mods, a Super AMOLED screen, and a pretty solid camera didn't need more than a few light touches and sensible component upgrades. 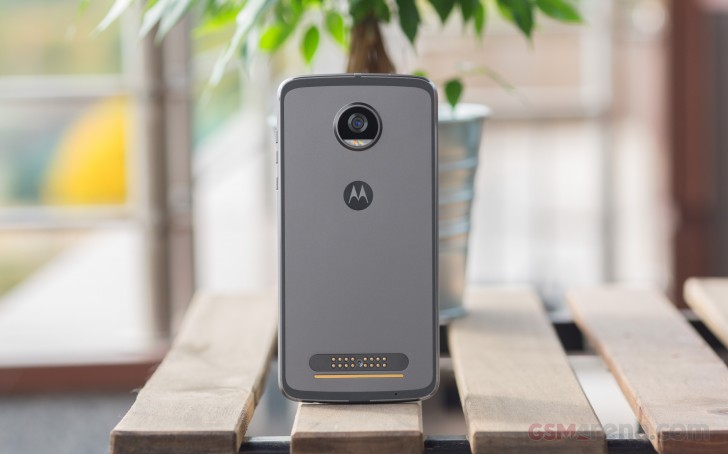 Driven by useful innovation, the Motorola division wasn't after the borderless displays and fancy effects you see in fancier camera setups. "Useful" is the buzzword, but some of the Moto Mods are pretty cool too: a 360 VR camera, and a second-gen JBL speaker, among others. And if you're lucky, you can get one of these for free.

It won't be a disaster if you don't get a freebie. The Moto Z2 Play is fully compatible with all the existing Mods, plus the ones coming out over the next two years. A professional camera, a game pad, an extra speaker or an external battery, you can have it all.

But the Z2 Play is not all about the mods. The base package is well executed and very reasonably equipped. A super-thin aluminum unibody wraps around a 1080p Super AMOLED screen, with a very power-efficient Snapdragon 626 chipset providing enough horsepower for a smooth and secure ride.

The 12MP main camera with a bright f/1.7 lens and flagship-grade dual-pixel auto-focus promises good photos both day and night. And here goes the full rundown.

The Moto Z2 Play is by no means perfect, but are its flaws critical? The Moto Mods are a key selling point for the entire Z series and often those come at a hefty price. The Moto Z2 Play isn't cheap to begin with, so investing in a mod or two may rack the price up to a flagship figure. On the other hand, Motorola wants the mods to take off, and there are indeed more than a few bargain offers with retailer and carrier subsidies.

So, can the mods, the slim profile, the AMOLED screen and a promising camera give the Moto Z series the right kind of an edge? They might be enough. As usual, we get things going with the unboxing and spin right after the break.

No audio with GPS