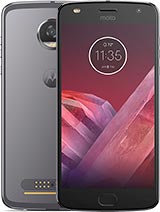 Why no OIS?? This is not a low-end device. Dear Lenovo, you should include OIS to the Play series.

Do any one know if the back is still glass or it's aluminum now?

Will be waiting for Z³ Play to upgrade my current Z Play. If Lenovo messes the 3rd gen of play am seriously done with Moto.

Thanks but I'll stick to my Moto G5 Plus. At least it feels like a Motorola phone.

Now aside from all the battery drama surrounding this phone, I hope that with the renders suggesting a return of the headphone jack in the Z2 force, FM radio will he included across the line. Otherwise all the Z2's will be off my list of potential purchases. Oh well I guess the interest of saving money holds me for a while longer anyway. :P

I'm not falling for this again. The new Moto announces everything globally, but then you only get availability in select markets. I can't get a G5 in my country even today (not to mention a G5 Plus). And a few months later when they'll finally be available, they'll command a sizeable premium over their already inflated prices.

To Lenovo! Just bring back new smartphone Base on Moto X Style design! That's all
Z,M... Series too curved

My opinion looks good as average above phone.
At least is much better than stupid J7 2017 from stupid korea manufacturer.
Also cost much less.
Good job.

Lenovo's exactly what are you doing?

Specs are good, but smaller battery than the predecessor? Not a very good development.

Unless the price comes down too, I don't see why anyone would pick this over Lenovo P2 or Redmi Note 4.

srk, 08 May 2017i hope this phone does not get launched and that will be th... moreThey already destroyed Motorola.