Specifications and images of the Motorola One Action have leaked already, and it seems an official announcement isn't too far away now as the smartphone has received Android certification from Google and has been listed on the company's Enterprise Recommended devices website.

The listing includes an image of the One Action which looks similar to the One Vision announced in May. It also confirms some of the phone's specs like a 6.3" display, 4GB RAM, 128GB storage, and Android Pie. An NFC chip is listed as well as a fingerprint scanner, which from previous leaks we know is located at the back. 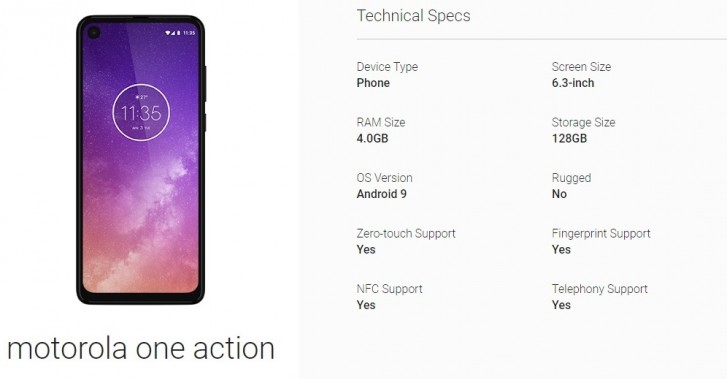 The Motorola One Action is rumored to have an Exynos 9609 SoC and a triple camera setup at the back with a 12.6MP unit being the main sensor. The primary sensor will be joined by a wide-angle camera having an FOV of 117°. 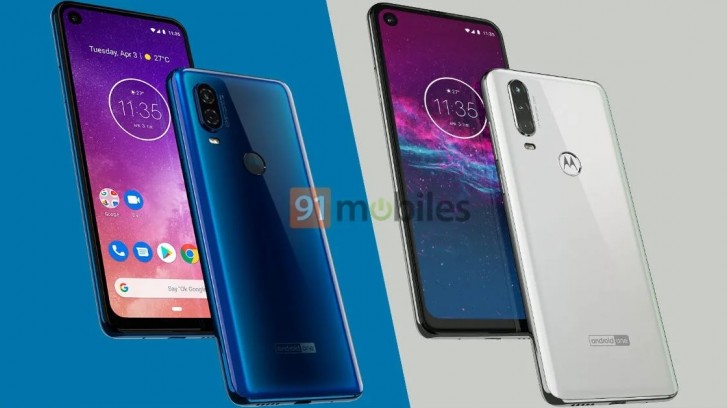 There's no word from Motorola yet about an official announcement of the One Action, but in the meantime, you can head over here to check out its detailed specs sheet.

Motorola One Action gets NBTC certified in Thailand, launch imminent

Cheapset is lower features than other in market

It was a cost saving measure duh! What you would prefer Mediatek or Unisoc?

Exynos is tremendously good how dare you?! D: