Motorola One Zoom and Moto Z4 to get Android 10 soon

Motorola currently has two phones with Snapdragon 675 chipset - the One Zoom with a huge rectangle on the back and the Moto Z4 that still works with Moto Mods. Both devices arrived with Android Pie out of the box, but now they appeared at the Wi-Fi Alliance website with Android 10, revealing that an OS update is incoming. 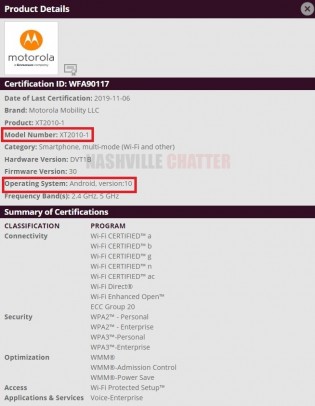 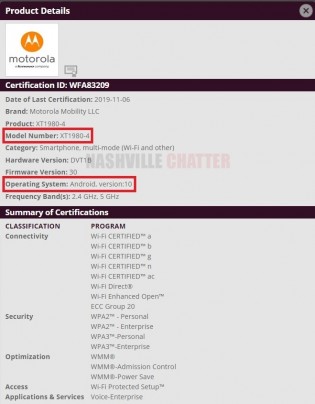 The Motorola One Zoom has the model number XT2010-1, while the Moto Z4 is with XT1980-4, and if they are ready for Android 10, they will be the first two phones of the company with the new version of the OS.

Back in June there was a confirmation that the Z4 won’t see the next-gen Android R, meaning it is likely to receive its last major OS upgrade and to be limited to security updates from now on.

The One Zoom, however, is a relatively new smartphone - it arrived back in September and it also carries the name Motorola One Pro at key markets where it is under the Android One program. This means Android R is likely on the roadmap, along with the security updates until September 2022.

Motorola One Hyper launch imminent as it bags NBTC certification

Our Motorola One Zoom video review is up

Moto one zoom work so much better with Android 10. Updated in UK on 16th October. It's like getting new phone, well worth waiting.

Although not moaning like some people, I was waiting for a long time also to get Motorola One Zoom updated to Android 10. This day has finally arrived today 16th September 2020. I am based in Ireland.

I've owned Motorola devices before, and I was very pleased with the stock android experience and fast sistem updates. I've waited for the one zoom to come out, and was very excited because it's a great phone. But I must say, now I am v...