A couple of days ago, we saw live photos of an LG G6 prototype, complete with pre-production materials, and a large display with small bezels.

Today, Business Insider posted a live photo of the LG G6, in what looks to be the final retail model (if the plastic film on the back is a major indication). Unlike the previously leaked prototype, this G6 unit has a shiny back side, which we are expecting to be made of glass. The rear fingerprint scanner and dual-camera setup looks exactly like the setup seen in the LG V20 and last year’s LG G5. 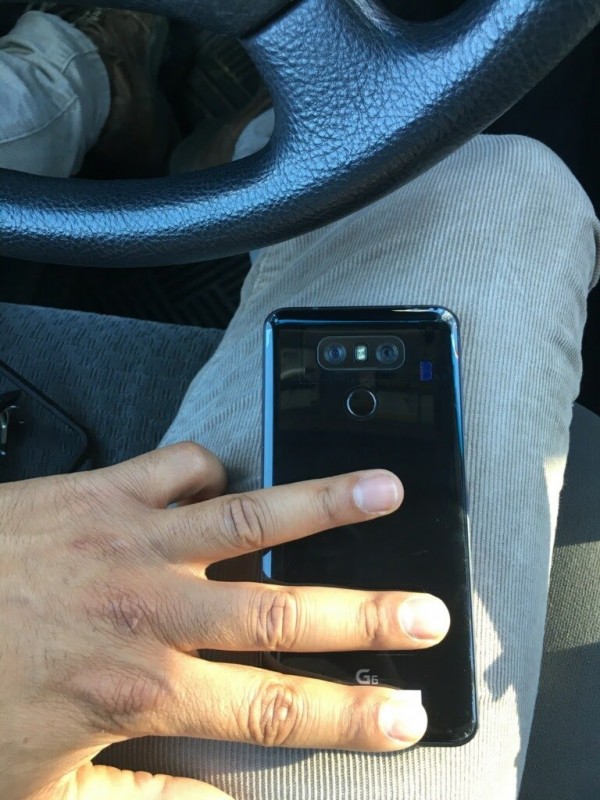 The report mentions the dual cameras “could be used to recreate the blurry background "bokeh" effect, just like in the iPhone 7 Plus portrait mode.” Though, it’ll be interesting to see if a second camera with a wide-angle lens will be able to work in conjunction with the main camera to produce similar results.

Given LG’s recent trademark filings, we can’t entirely rule out the possibility of a dual-model launch of two different sizes. Although, LG did the same thing last year with the ‘G5 Lite’ which eventually became the LG G5 SE and launched several months after the G6.

LG G6 rumored to keep headphone jack, integrate the battery, and use glass in hardware

Unless they love fingerprints or the insanity

Why wont they show if it has a removable battery