Samsung has started pushing out a new update to its Galaxy A8+ (2018) smartphone. Weighing in at around 115MB and arriving as firmware version A730FXXU1ARAC, it's a security update that's currently hitting units in India. 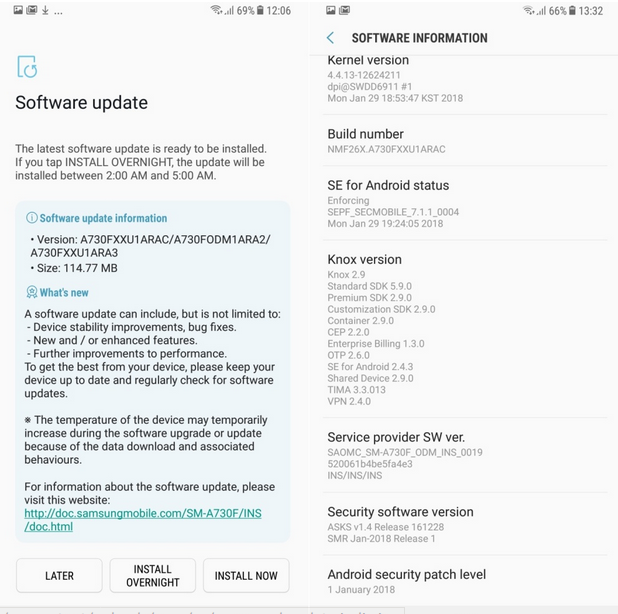 No, it's not the February update - security level stays at January 1 (if you remember, the device has already got the January update). So it's not clear what exactly the update brings along.

The same happened with the Galaxy Note8 recently, so we assume this new update for the Galaxy A8+ (2018) also includes fixes for the Meltdown and Spectre vulnerabilities.

Samsung Galaxy S8 Active gets Wi-Fi certified with Android 8.0 Oreo on board

Only thing this phone needs to update is its price. 550 eur for a midranger like WTF :-(