The Nokia 6300 and 8000 are coming back and rumor has it that they will be KaiOS phones that bridge the gap between old featurephones that inspired them and modern smartphones. Both will be 4G LTE phones with dual SIM versions. 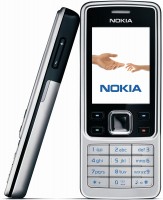 The Nokia 8000 4G is expected to be based on the Nokia 8800 and will have a Gold option (a throwback to the Gold Arte), in addition to Black, Blue and White. It’s not clear if it will use more premium materials in the style of the original 8000-series (we’re certainly not expecting titanium, but at least some aluminum), but this model will also have the larger screen – 2.8”.

The Nokia 6300 4G will get a 2.4” panel, both will probably stick with 240 x 320 px resolution (like the 8110 4G, for example). There's no word on the cameras, but neither model was famous for its camera and even the current KaiOS Nokias are pretty modest in that regard. 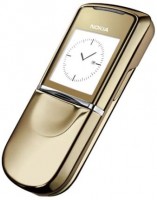 Variations of the original Nokia 8800

Here’s a preliminary look at the specs of both phones:

The two reborn Nokias might be unveiled alongside the Nokia 7.3 and 9.3, which after several delays may finally be coming later this month.

Nokia is Completely Mental. This world is only Android soo far.