Nokia's return to the smartphone market with Android hasn't exactly set the sales charts on fire, but the company has steadily been making progress, with a constant stream of new and relevant devices. The latest one we have today is the Nokia 6.1 Plus, an entrant in the ever-popular mid-range segment. 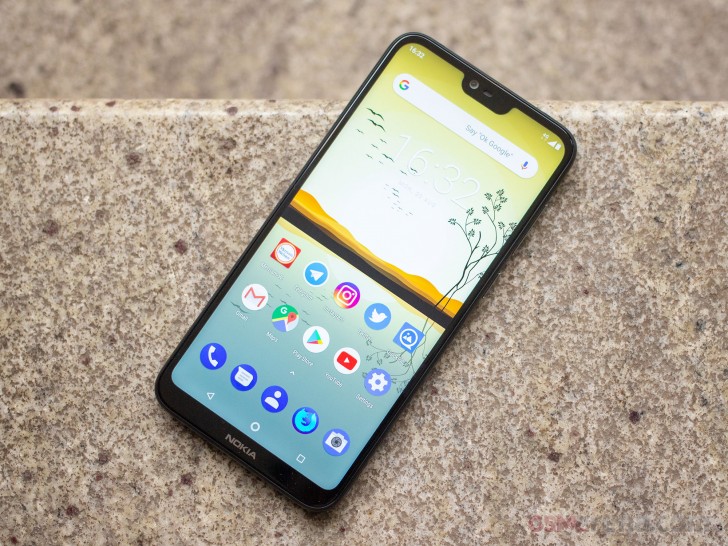 Even though it shares most of its name with the Nokia 6.1, don't let that fool you into thinking the 6.1 Plus is some sort of larger version of that. This is very much a different phone altogether, one that feels much more modern than the 6.1 even though it's only a few months newer.

Yes, we are talking about the notch design. Love it or hate it, the notch seems to be the trend for 2018 and Nokia is fully onboard. However, unlike others, Nokia has chosen to do this with its mid-range offering, which makes it one of the few in this segment to sport this design.

Looking at the specs, one can tell the Nokia 6.1 Plus is a decidedly mid-range offering, however, one with reasonably good specs that should make some sit up and take notice. The Snapdragon 636 chipset, for example, is reasonably powerful and 4GB LPDDR4X memory sounds generous. Then there's the glass and aluminum design and a dual rear camera system. Nokia is also sticking with Android One for this device, which means you can expect a stock Android experience with relatively quick updates.

Unboxing the Nokia 6.1 Plus

The Nokia 6.1 Plus comes with relatively simple packaging, with just the phone, 10W charger and a USB-C data cable being bundled.

A simple silicone case would have been nice, but you'll have to get that separately, along with a pair of earphones. The charger also does not support fast charging, even though the phone does.

Am very much concerned about this Nokia phone 6.1 plus seems everyone is compliaing

I bought a Nokia 6.1 plus sadenly after a short while it stopped working and the spare parts are not accessible It's so embarrassing it's not like other types of phones up to now I have failed to get it's motherboard.!!!!...