The Nokia G10 and G20 have 5,050 mAh batteries, the biggest capacity of any Nokia phone so far. However, a new model may surpass them and it belongs to the basic Android Go Edition series.

The Nokia C30 will have a 6,000 mAh battery, according to a leakster on Baidu, who posted a schematic of the phone. This matches the rumored battery capacity of the Nokia X50, though the two are on the opposite ends of the spectrum – the X50 will reportedly be a flagship with a 108MP main camera and Zeiss optics.

The C30 will have a dual camera by the looks of it, and a fingerprint reader too. Both are nice to find in the C family, which targets the sub-€100 segment. 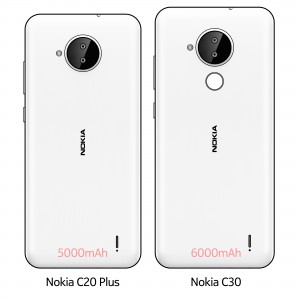 Considering the name, the C20 Plus should be larger than the vanilla model (6.52”), though it’s not clear by how much. And the Nokia C30 looks even bigger than that. There is no word on when the new C-phones will be announced (or the X50 for that matter).

First learn what fair means, then come and talk about it. If for you to steal technology, sell people data, feed ads and pay your workers with scraps plus buying lowest batch quality hardware just to make a quick buck and keep devices dirt cheap seem...

No news on the Nokia X20 becoming Android 12 development program? I tipped u guys or u guys didn't see the tip?