Samsung has started pushing out a new update to its Galaxy A9 Pro smartphone. Arriving as firmware version A910FXXU1BQHB and weighing in at just under 1.3GB, it's a major update that bumps the OS version to Android 7.0 Nougat. 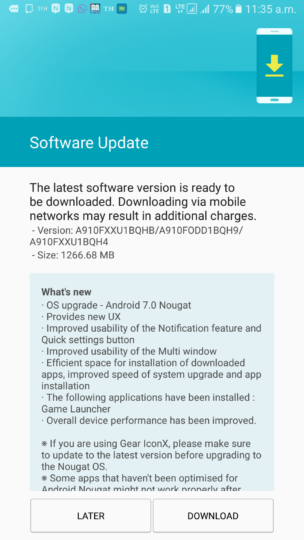 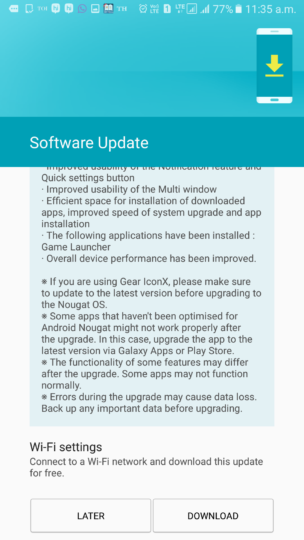 The update is currently hitting units in India, although other markets (like China and Malaysia, where the device is available) should also get it sooner than later.

OTA roll outs are usually gradual, so be patient if you haven't received the update yet - it shouldn't be long now.

Nougat for Samsung Galaxy A8, A9 Pro, and Tab E being tested

Samsung just slashed the Galaxy A9 Pro price in India down to INR 29,900

Samsung Galaxy A9 Pro lands in India for $485

Samsung Galaxy A9 Pro reportedly won't be available outside of Asia

When do I get update on my samsung a9 pro for nougat here in the Philippines?

updated to naugat but lots of laps and hangs after update

they need to test it .. india is the best place .