The January 2019 edition of AnTuTu’s ranking of the fastest Android phones is out and the nubia Red Magic Mars keeps its #1 spot, which it usurped from the Huawei Mate 20 back in the December ranking.

Meanwhile, the virtually identical Mate 20 Pro (in terms of chipset) has lost ground to the Honor Magic 2 and Xiaomi Black Shark Helo, so it’s now down to 7th place (from 5th a month ago). 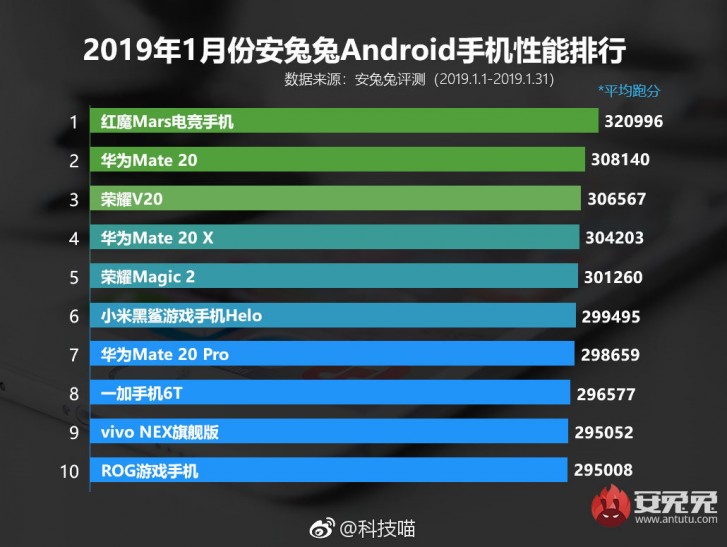 The vivo NEX S and the Asus ROG phone are newcomers to this list, they pushed out the original Black Shark and the nubia X.

For those of you keeping score, it's an even split between the Snapdragon 845 chipset and the Kirin 980. Though there are some new players this month, things were split 5/5 between the two chipset in December as well.

Here's the standing from last month: 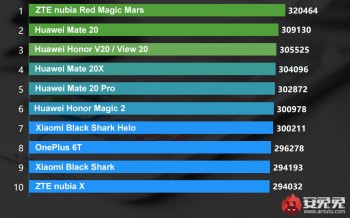 Note that the list contains only officially available phones - the upcoming phones with Snapdragon 855 will change the balance of power.

Ooo...looks like I offended someone. OK, OK, your very old phone is very very fast, I believe in you. Bye.

No Samsung on the list they must been really bad.