The camera evolution of T

The evolution of T - OnePlus' interim model for the fall that's neither quite the next generation, nor is it entirely the old one. It all started with the 3T, the T jokingly there to one-up Apple's S, and we're now a couple of Ts later at 6T. We figured we'd round up the three Ts we have at the office for a shootout to see what two years of progress have made better. 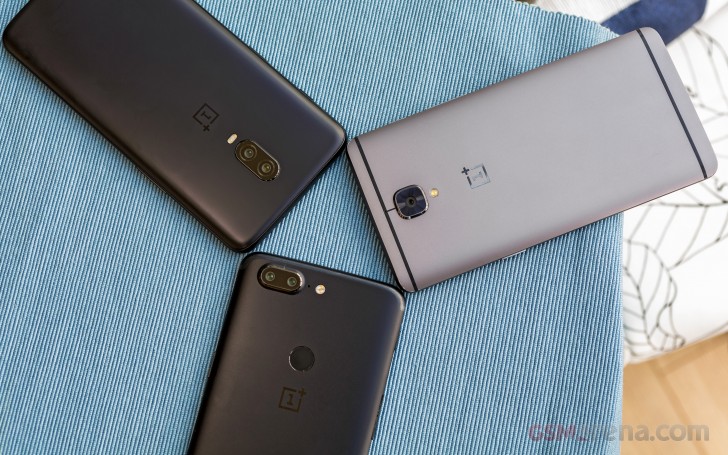 The phones in this three-way are the OnePlus 3T, 5T, and 6T, a year between each next iteration. There was no OnePlus 4, and hence no 4T either, because China is no fan of the number 4 for superstitious reasons.

The OP3T from two years ago has a single 16MP camera - that was still acceptable in 2016. The OnePlus 5 (non-T) was the first to add an extra rear module, and its slightly longer lens made a bit more sense than what OP came up with for the 5T and stuck with for another two half-generations, 6T included. Meanwhile, the main unit remained at 16MP, even though it did see some refinements.

Over on the front there hasn't been much change in the camera configuration from T to T - it's 16MP of resolution and still no autofocus, after all this time. 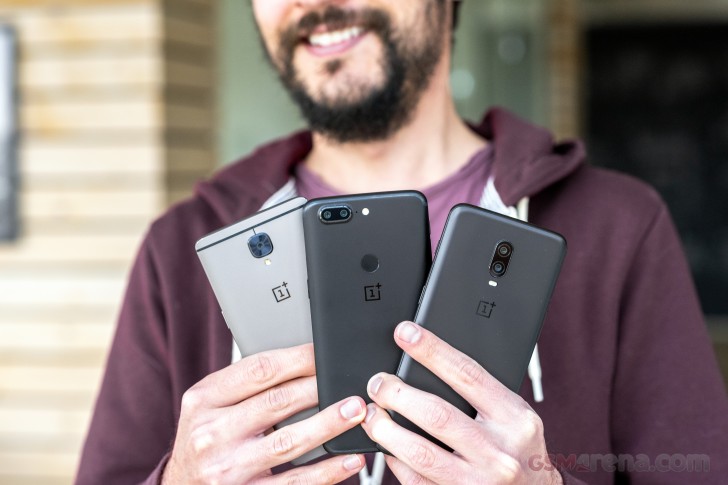 We'll be going over the different camera setups, similar as they may be, on the next page. It's not like there was much else to do here with the Fall firmly settled in our neck of the woods making any decent samples but a dream.

I installed Gcam and find it hard to see any difference. I'm using a Xiamio A3 and I didn't need to search for my model, thought by your remarks the close up might be better but also not to be (there is a phone out there which has a close u...

The Oneplus line of phones have always been ahead of the rest when it comes to hardware specs. The 3T had 6gb of RAM and 128gb of storage along with an Snapdragon 821 processor, and an Amoled display. Those specs alone were as good as gets in 2016. T...