OnePlus is announcing the 6T in two weeks, but thanks to the leakster Roland Quandt, we get to see the phone from all angles ahead of time. The 6T will come with a 6.41” screen and a waterdrop notch for the selfie camera, while the back will feature a vertical dual camera setup and no fingerprint scanner as that will be under the OLED display.

If you think the phone looks familiar, you might be right. It has a lot in common with the Oppo R17, but this is hardly a surprise as Oppo and OnePlus share some of their R&D and manufacturing resources.

The design of the OnePlus 6T is hardly a surprise anymore with so many rumors and leaks going around. The images reveal there will be at least two color options - Mirror Black with a glass back panel and Midnight Black with a metal back. Many are hoping to see wireless charging, but the metal back version suggests it probably won't happen. 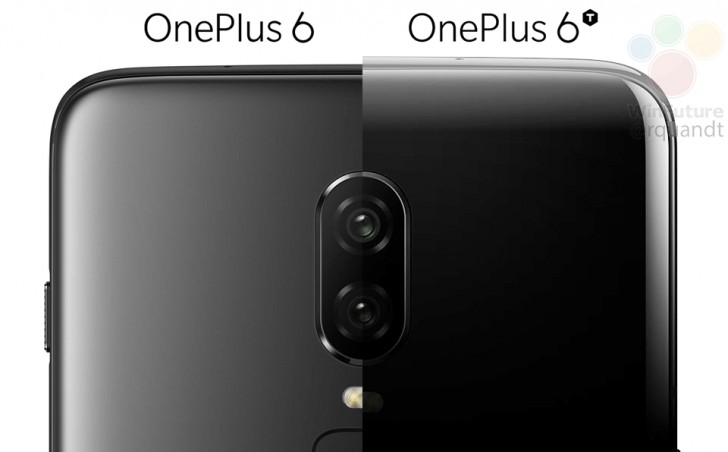 The renders confirm once more the 3.5 mm audio jack will be gone. We don’t know if a USB-C to 3.5 mm jack adapter cable will be included in the box, but at least we know how much a spare one would cost, thanks to yesterday's leak.

I'm no expert in phone design but I have a subjective eye for design, my opinion is not that of one person, many people hate the notch and curved corner screens with an extreme curve radius, but feel free to dismiss my opinion whilst offering no alte...

Exactly. Pei is a biggest hipocryte of all liars.

I could live with the notch and no headphone jack but why can't a big screen flagship phone have a 5000mAh battery? There are budget phones with 4000/5000 mAh batteries. Flagship should have AT LEAST that.