OnePlus has always sort of been a niche enthusiast's smartphone brand which may not be as popular as the majors, but it's carved a pretty nice niche for itself by delivering great smartphone hardware at equally great price points.

The company released their first smartphone less than five years ago but today, with the experience gained over the past few iterations, OnePlus is really going after the top dogs in the business with the OnePlus 7 Pro.

The 7 Pro is the first time the company has ever launched a second 'Pro' variant of its flagship and it isn't in vain. It promises a lot on paper and we are already impressed by what this handset has to offer. This phone maxes out at 12GB of RAM and 256GB of UFS 3.0 storage. The triple camera is a nice addition, but image quality will be the deciding factor, and OnePlus' cameras always left room for improvement.

Speaking of cameras, OnePlus went with a trendy new design among Chinese smartphones: a motorized pop-up selfie camera - this is how some phone makers are maximizing the screen-to-body ratio without notches or hole-punches. The display is even larger than the 6T's and features a 90Hz refresh rate for super smooth scrolling and transitions. The QHD+ resolution is also a first for OnePlus. 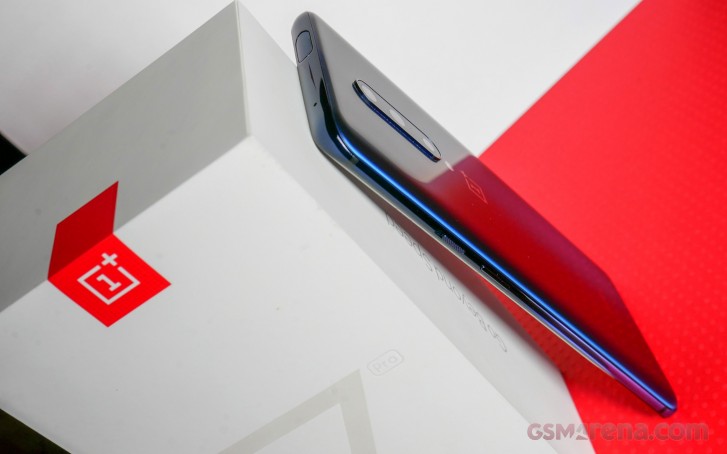 OnePlus' Dash Charge is no more, here to succeed it is Warp Charge, which first debuted on the OnePlus 6T McLaren Edition and features a higher 30W output.

Although this phone is competing with the best of the best, it does omit a couple of features, namely wireless charging and water resistance. OnePlus has previously expressed that wireless charging isn't as fast is it would like it to be and we can understand the water resistance is a bigger obstacle with a mechanical pop-up camera. But that does come with a lower price.

This year, the OnePlus 7 Pro is "fully loaded" and has almost all the features that the one-grand-and-up flagships have. The only two things missing now are an official water resistance rating and wireless charging. 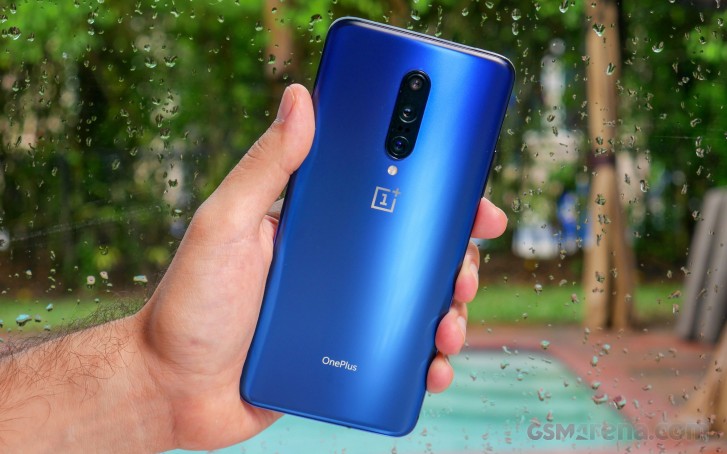 As for water resistance, OnePlus made a confusing statement about IP ratings and the OnePlus 7 Pro. Getting an IP rating will raise the price of the phone but the OnePlus 7 Pro is "water resistant under optimal test conditions" which is believed to be a dunk test in a bucket of water. In any case, OnePlus won't honor your warranty for water damage, but neither will any other phone maker.

We received the North American variant for review, which fully supports all of T-Mobile's LTE bands including the low 600MHz band (71) and is compatible with Verizon's LTE network.

The box itself has a nice premium-feeling matte finish with the large, embossed, reflective "7 Pro". Upon sliding off the top lid, a flat red box can be taken out, which includes a clear case for the phone and an insert with a letter from Pete Lau, the OnePlus CEO. 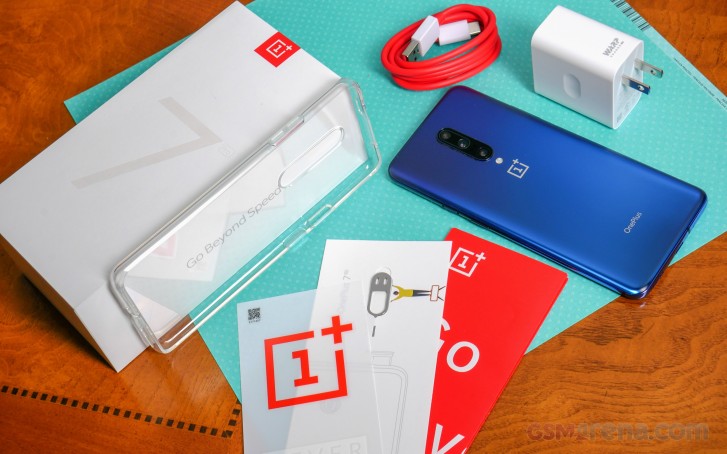 There's also a smaller box with a SIM ejector tool, documentation, quick start guide, and a pair of stickers. Every material was meticulously chosen, and the rich-red theme definitely feels premium.

The phone comes wrapped in a frosted material plastic wrap with the words "Never Settle" covering the front. Under the phone is the Warp Charge 30W adapter and cable. The OnePlus 7 Pro does not come with a 3.5mm to USB-C headphone jack and still doesn't come with a pair of earbuds.

My support is through my carrier T-Mobile and is flawless, as is the phone. Who is your carrier?

OnePlus phones are worst, when we update the software patches phone will get start troubles and phone will working stop. Regarding this, if we ask support to OnePlus company simply says contact with service point. When we contact service point they s...