Over the past few weeks OnePlus has been pushing a lot of software updates to its newest phones, the 7 and 7 Pro, but don't forget there's a third model that launched recently as well - the OnePlus 7 Pro 5G.

Today the company has started sending out OxygenOS 9.5.4 for this device, proving that it hasn't forgotten about its first ever 5G smartphone. The changelog is filled to the brim with bug fixes and various improvements. 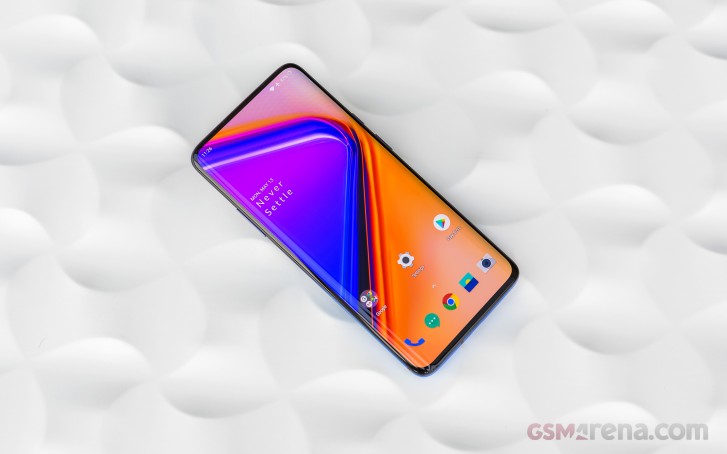 If you are among the lucky few who have a 5G network around and own a OnePlus 7 Pro 5G, expect to see optimized DC dimming, improved touch sensitivity for the screen, optimized Double Tap to Wake and Ambient Display once you install the latest update.

An issue with the pop-up camera opening for an incoming video call while the screen is off or locked has also been fixed, while the fingerprint animation will not persist on the display after the phone was successfully unlocked anymore. Finally, an issue that prevented app icons from displaying after a successful unlock has also been resolved. You get the usual assortment of unnamed "general bug fixes and performance improvements" as well.

As usual, the over-the-air rollout of the new release will be staged. It will be sent to a limited number of users today, with a broader distribution coming in a few days if there are no show-stopping bugs.

OnePlus 7 gets OxygenOS 9.5.5 update with camera improvements and May 2019 security patch