Over the past few weeks chatter has been growing about OnePlus supposedly holding an event in India on September 26, when it's apparently going to unveil the OnePlus TV alongside the OnePlus 7T and OnePlus 7T Pro. Yesterday specs for the 7T got outed, and based on those, that model is shaping up to be quite a substantial upgrade compared to the OnePlus 7 - with a revamped rear camera system and a 90Hz higher-res screen. 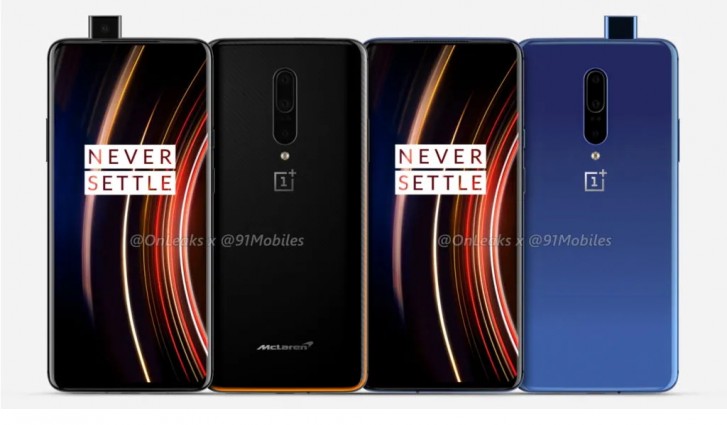 So that leaves the OnePlus 7T Pro, and by the way, here it is in all its glory in a bunch of newly leaked CAD-based renders. Yes, a McLaren Edition of the 7T Pro is in the works, to succeed the OnePlus 6T McLaren Edition from last year. That model has overall the same colors, orange accents and design language, only applied to the shape of the 7 Pro, and with a textured pattern that seemingly takes over the entire back panel. 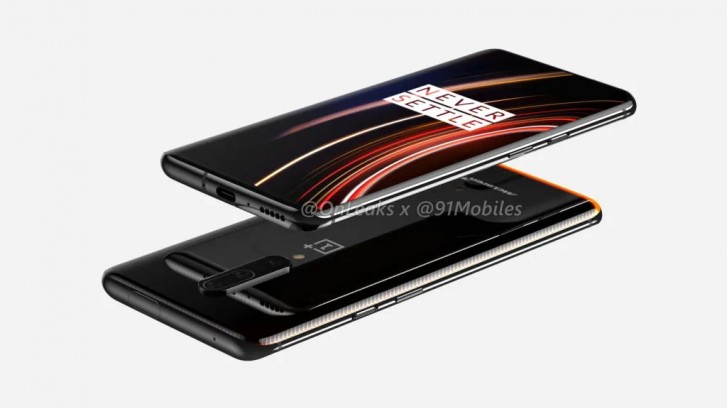 And that brings us to the fact that the OnePlus 7T Pro looks exactly like the OnePlus 7 Pro. There are absolutely no visual changes, aside from the new Haze Blue colorway pictured here, unlike the transition from the 7 to the 7T - which comes with an extra rear camera in a wholly new arrangement, as well as a smaller notch for its now improved screen. 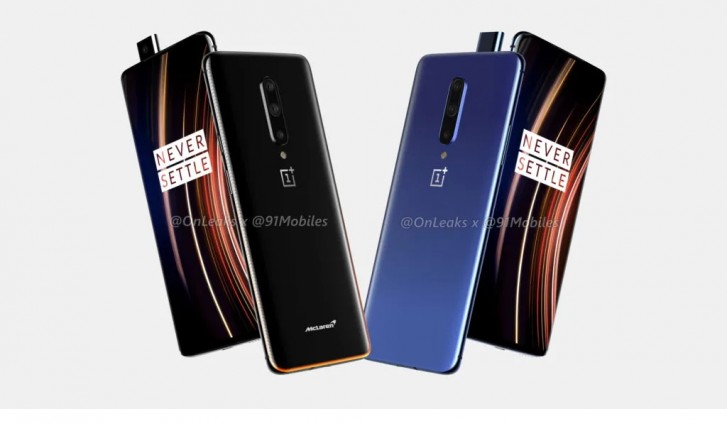 The OnePlus 7T Pro will also get a slight spec bump, as you'd expect, in that it too will be powered by the Snapdragon 855+ chipset. Not only that, but its battery capacity has gone up to 4,080 mAh, but that's only 80 mAh more than the 7 Pro. Everything else is expected to stay the same, including the screen (size, resolution, refresh rate). 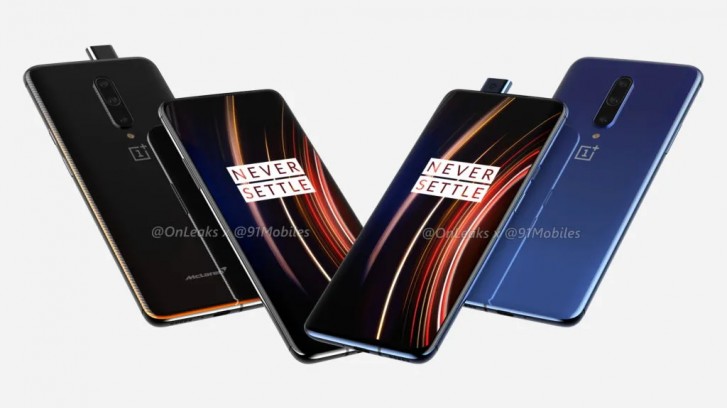 On the software front, both 7T phones are apparently getting a new macro mode for the camera, HEVC support for video recording, something called Hybrid Image Stabilization, and Warp Charge "30T", which is identical to Warp Charge 30 in all but the name. Still that's yet another step up for the entry-level model, as the OnePlus 7 had to make do with inferior 20W fast charging.

Doesn't really look different from the one plus 7 Pro.

Wishing sooner you will get a real McLaren ,then no need to upgrade on some cellphone which using the name of this famous brand for promotion.while it's just a mere cellphone yet oneplus is promoting it related with McLaren