"Either you die as a flagship killer or you live long enough to become one". This is a meme that's been doing rounds on Reddit and we can say it really resonates with us and more importantly, with the new OnePlus 8 lineup. Both phones from the company are the most expensive ones so far and while we have our suspicion about the 5G thing being the culprit, there are other factors to consider here.

For instance, the OnePlus 8 Pro is no longer compromising on features bringing fast wireless charging and IP68 water and dust protection and as a result, the company feels confident enough to release a phone that asks what the current Galaxy S20+ costs. But the vanilla OnePlus 8 is still aimed at those wanting that fluid OxygenOS experience without having to spend as much. That doesn't mean the standard 8 is cheap. It is considerably pricier than its predecessor, the OnePlus 7T, and it's even more expensive than the 7 and 7T Pro from last year. So what gives?

Aside from the 5G, there must be something else that must be driving the price of the handset up. But we are struggling to put our finger on it because it appears there's a downgrade in the camera department with the telephoto lens getting swapped for a 2MP macro camera while the rest is pretty much the same. Sure, the battery has been upgraded but the does this really justify the €100 price hike? 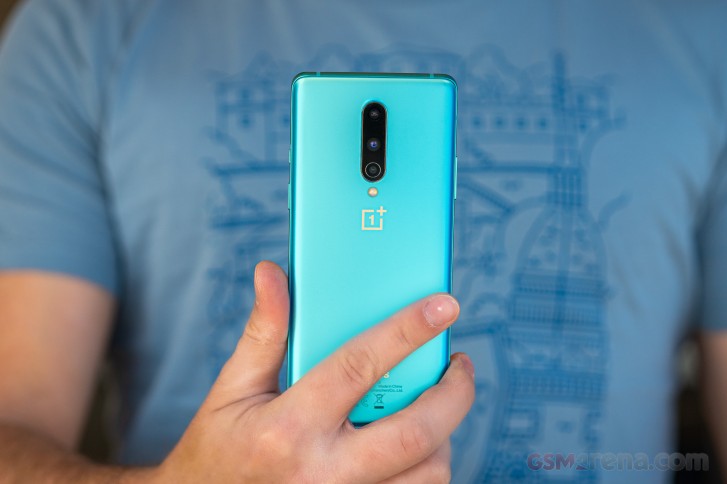 Or maybe, we are being a bit too critical because the 7T posed such a big upgrade compared to its predecessor unlike the 8. As with all phones, the 8 doesn't aim to persuade current OnePlus 7T owners to upgrade but targets those with the older phones. 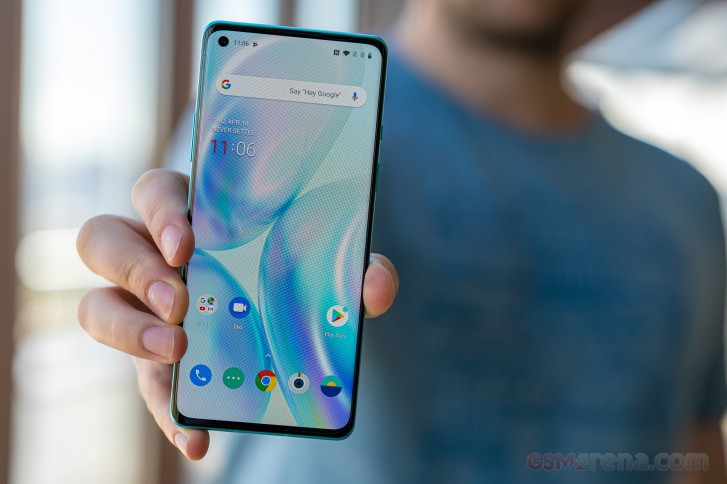 Still, there are a couple of things we will be keeping an eye for. We really want to see if the display is any better than last year's, whether the battery increase will be enough to compensate for the power-sipping Snapdragon X55 modem and more importantly, does cropping from the main 48MP sensor better than using a proper 2x telephoto unit.

The phone came in really cool red box containing the usual stuff like user manuals, USB-C to USB-A cable for charging and data transfer, the power brick capable of Warp Charge 30T (30W) and a transparent silicone case with OnePlus' branding on top. The phone also comes with a pre-applied, plastic screen protector. 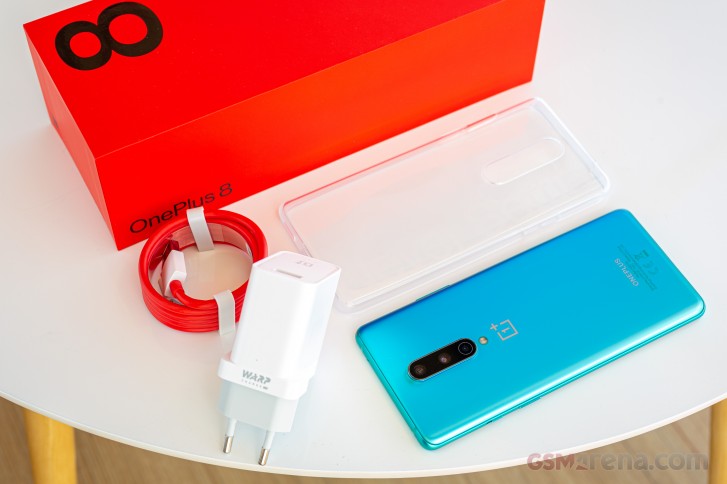 We, however, got a special reviewer's box carrying two more protective cases from OnePlus. One of them is the Nylon Bumper case and what appears to be a revised version of the good old Sandstone Bumper case but in a color that matches the OnePlus 8's Glacial Green color. It feels and looks really nice. 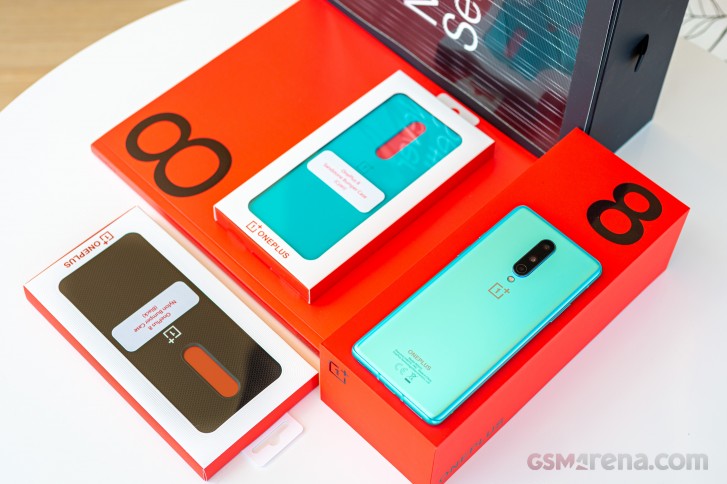 I think I'd choose the nord 2 over the vanilla oneplus 8. The oneplus 8's camera setup is really outdated, and gcam mod can only help it so much. Gsmarena's testing indicates that the nord can do internet browsing for a bit longer than...

There is a terrible bug/hardware issue that needs to be acknowledged: the edges of the screen have a very big input lag that will often result in you writing couples of letters with switched position to what you typed(for example if you type "pi...