OnePlus devices may have been lacking things in the past but they've never made compromises with the build quality and it shows. The OnePlus 8 is an excellently built device using glass for its front and back and aluminum for its side frame. Although, there's no word on which version of Gorilla Glass OnePlus is used for the front and back. 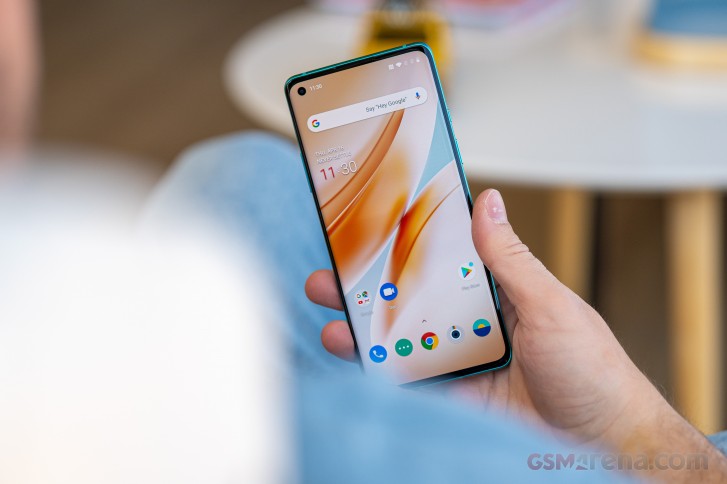 One big change in the OnePlus lineup is the addition of the long-awaited IP68 certification against water and dust. Something that fans have been asking for years. The standard OnePlus 8, however, is said to be IP68-certified only for units sold by T-Mobile and Verizon in the US. Our suspicion is that there's no hardware discrepancy between the global units and those sold by the US carriers, it's just that they may have paid for the certification and wanted the exclusivity. We will probably know for sure soon enough when the two variants get a proper teardown. 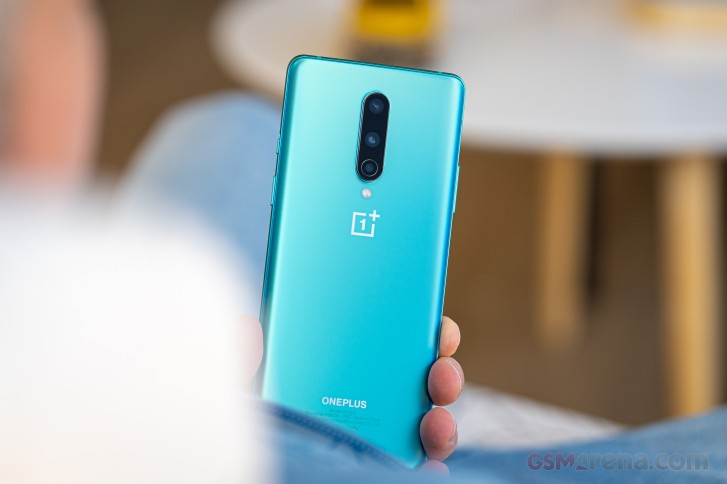 We do have to note that teardowns and tests of previous OnePlus devices proved them to be just as water resistant as their rivals but lacked the proper certification. This year OnePlus, have paid for that certification but only for its Pro variant, which raises the question once again, why the big price hike on the vanilla OP 8?

Anyway, in terms of design, the handset hasn't changed all that much compared to the 7 Pro and 7T Pro but it's a big alteration compared to the vanilla 7T. The back camera stack is no longer inside a rounded module but in a vertical one, the front adopts a curved display design and ditches the notch for a punch-hole front-facing camera solution. 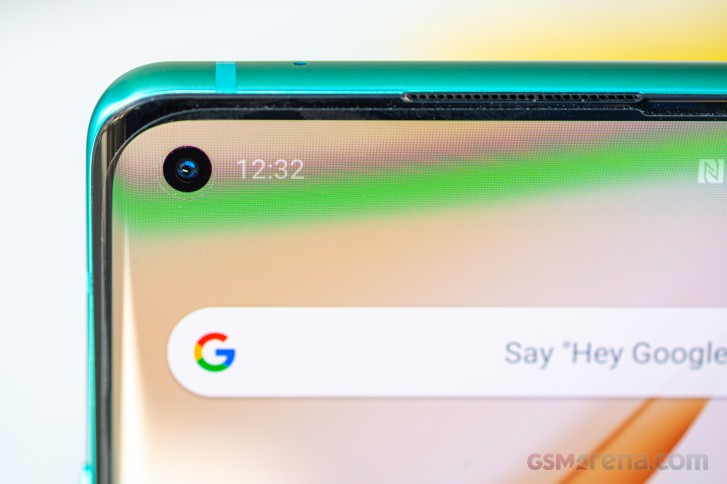 If you ever held a OnePlus 7 Pro or 7T Pro, you will struggle to find any significant differences. The OnePlus 8 just feels familiar. Even the curvature of the front display looks identical to the one on the 7T Pro. Even in terms of screen size, they are pretty close - 6.55" on the 8 and 6.67" on the 7T Pro. 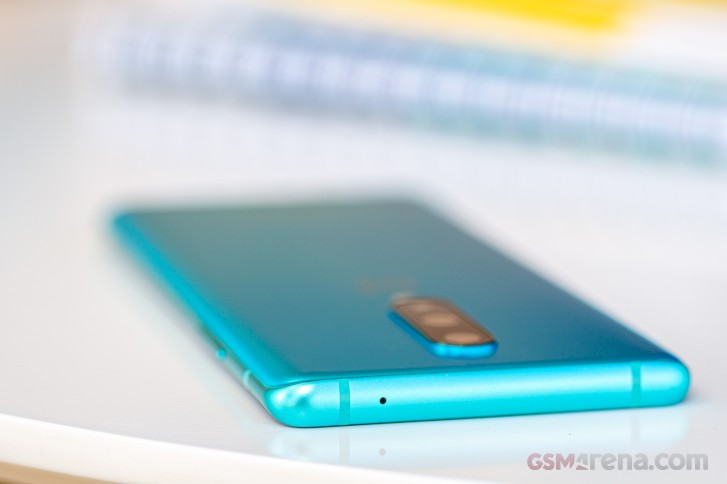 But to our big surprise, the OnePlus 8 felt considerably smaller than its predecessor. That's probably because of the aspect ratio - the 8 is a bit taller but considerably narrower allowing for a better, more comfortable grip. Reaching for the top part of the display is harder now. The taller 20:9 aspect ratio doesn't come without some caveats. 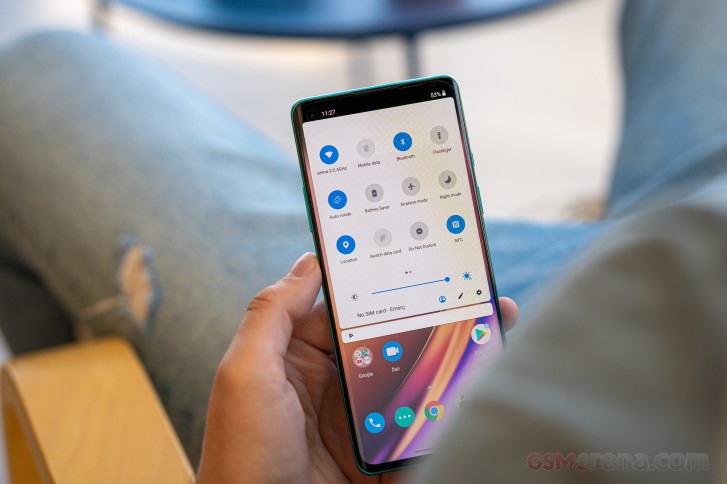 As it gets taller, OnePlus felt the need to move the fingerprint reader a bit higher. We didn't have any complaints with the previous implementation of the scanner but this one definitely feels a bit more comfortable or at least more suitable given the aspect ratio. Another reason for the smaller feel could be the thickness. Even though it's just 0.8mm thinner than before, it does have its impact on the overall feel.

Probably unrelated to this, the power button and the notification slider have been moved a bit closer to the upper edge too, which isn't optimal in our opinion. Having a tall phone with buttons positioned closer to the top will prove to be an issue with users with smaller hands. 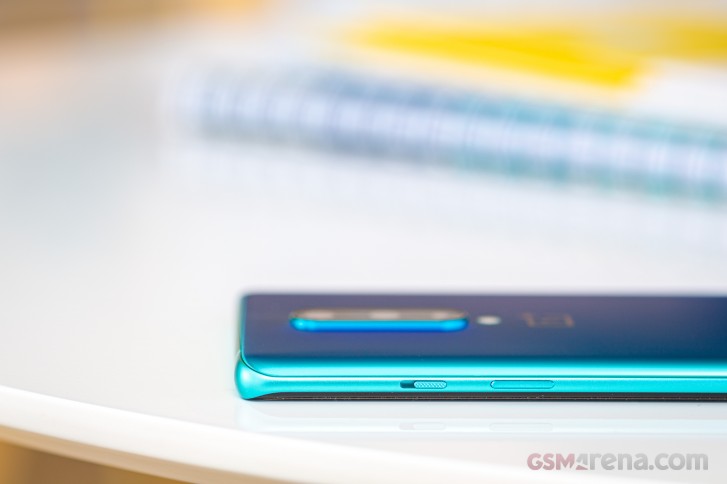 Another noticeable change is the finish. At first, it looks like the old one - silky-smooth frosted glass. It's really nice to touch and feels premium but it's a nightmare to handle. The new 8 has that same finish while being a bit grippier. The finish resembles the one on the Pixel 4-series, getting closer to that rubbery feel. But don't be fooled, it's still super slippery.

At least the Glacial Green color that we got looks immune to fingerprints and smudges. They don't stick that easily and are hard to spot. 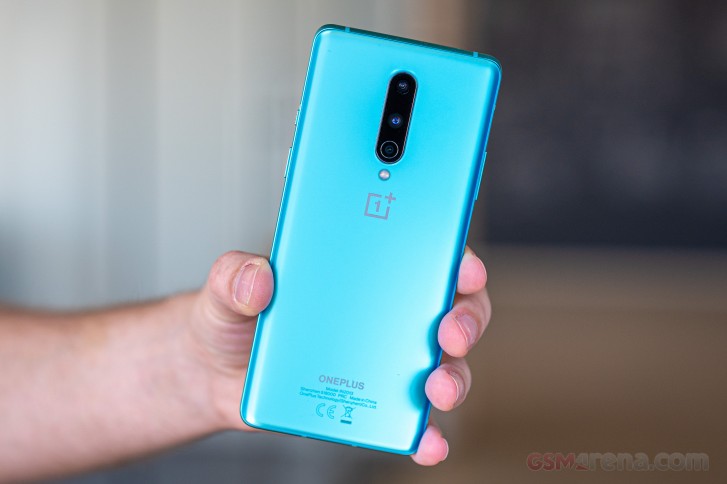 Going around the sides, we see the frame's finish has also been altered. Now with a matte finish, it's slightly grippier than before and feels more in line with the matte glass finish on the back. The antenna bands positioning has changed and the down-facing speaker grille looks different but anything other than that looks the same. 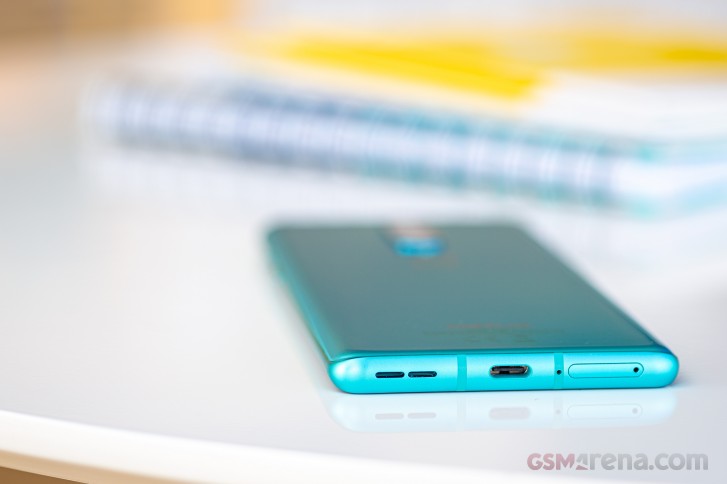 Now a couple of words about the punch-hole design. It's debatable whether the punch-hole is better than the minimalist notch from the 7T or a pop-up selfie module. Mathematically speaking, the punch-hole approach makes more sense compared to the notch but in reality, each implementation can be better or worse in a way. In this case, the hole is quite small - one of the smallest around - but it's placed further away from the upper-left edge of the display. This is mostly because of the curvature - the camera can't be placed on the curve and it has to be placed behind a flat surface display to avoid distortion. This way, the punch-hole design eats away a bit too much of the screen real estate. 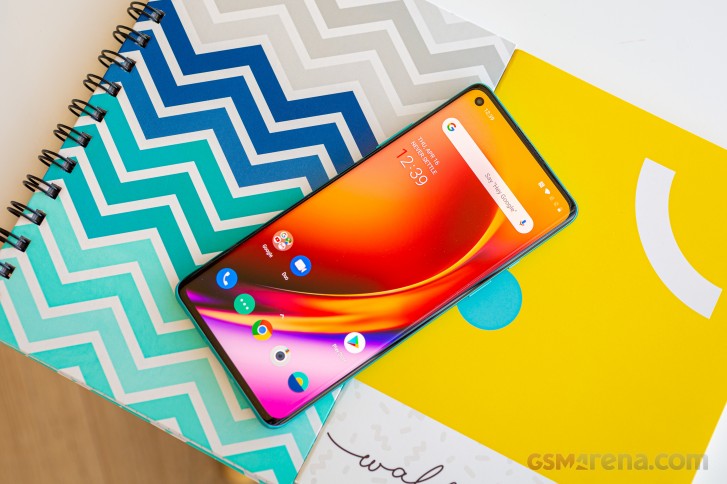 Clearly, the full-screen design with the pop-up camera is the best approach in this regard. However, it doesn't come without caveats. Not everyone wants moving mechanisms on their phones because let's face it - any moving mechanism is prone to breaking sooner or later. Also, you can't do proper water-proofing and it adds a significant amount of weight to the body. Just look at the weight difference between the 7T Pro and the 8 - both have roughly the same display size and the latter has bigger battery and yet, it's 26 grams lighter. Obviously, there's no right way to do it right in this state of the tech so it strongly depends on personal preference. 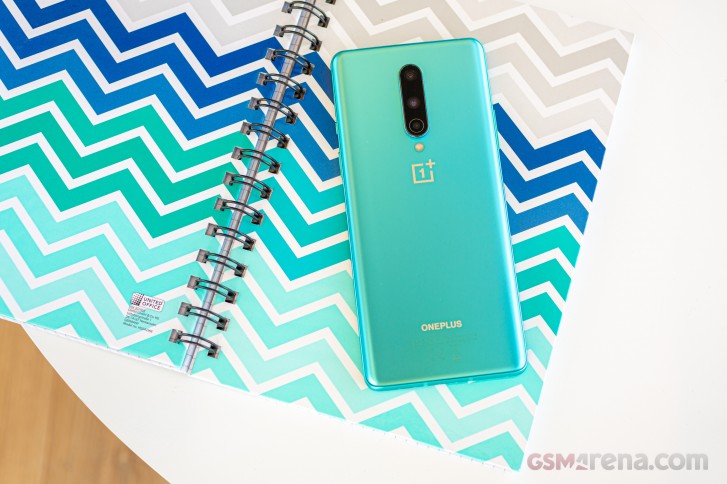 All in all, the design and build of the vanilla 8 feels great. The camera protrusion is sane, the punch-hole camera isn't in your face and for a big phone like this one, somehow doesn't feel unwieldy. The overall feel is familiar, yet refined. Not many things to complain about except for the curved display design. We know some of you may be a bit disappointed with OnePlus going curved all the way because at least last year, both generations offered a flat-screen option.

Seriously?i dont think so..i think you have a clone one plus 8