Back in October, we saw renders of the OnePlus 8 and OnePlus 8 Pro that are likely to go official in Q2 2020. Today we are looking at the Lite variant which may arrive alongside the vanilla 8 and the Pro version.

The CAD-based renders of the OnePlus 8 Lite have been leaked by popular leakster OnLeaks, and they reveal it will look different than the vanilla 8 and the Pro model which have similar designs - it has thicker bezels surrounding a flat display that has a punch hole in the center and a diagonal between 6.4" and 6.5".

The smartphone will have a curved rear panel made of glass, with a rectangular camera module in top-left corner housing two cameras joined by an LED flash along with what could be a ToF sensor.

The back of the OnePlus 8 Lite doesn't have a fingerprint scanner, meaning it will be likely on the front underneath the display, which indicates the phone will flaunt an AMOLED panel. Whether or not it boasts a 90Hz refresh rate remains to be seen. 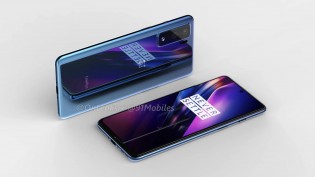 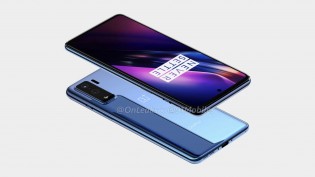 The placement of buttons, SIM card slot, USB-C port, and the speaker on the 8 Lite are all the same as the 8 and 8 Pro, but at 8.6mm the device is thicker than the vanilla 8 and thinner than the Pro version.

Being flagship devices, the OnePlus 8 and 8 Pro are likely to have the freshly announced Snapdragon 865 SoC at the helm, but the OnePlus 8 Lite will be a mid-ranger which will likely have a different chipset under the hood.

There's no word from OnePlus about the OnePlus 8 series yet, but we should hear more about them in the coming weeks or months.

We are big fans of oneplus, and we are proudly happy after we are know oneplus coming with mid-budget killer verrient with amazing specifications with amazing price for mid-budget costomer so we are need 3.5mm audio headphone jack, because we are mid...