The OnePlus Nord is undeniably an attractive phone, especially in the Marble Blue color. The design has a baby OnePlus vibe to it, where it looks like a shrunken-down version of the bigger OnePlus phones. The company made sure the design influence carried over in the form of things like the pill-shaped elongated camera array on the back, distinctive curves along the side, and the knurled alert slider.

The Nord doesn't quite have the premium materials of its flagship siblings, swapping the metal frame for a polycarbonate one with a polished chrome finish. We have to be honest, it did fool us when we first saw it in hand and thought it was metal. The frame feels incredibly sturdy, and it's only the lack of antenna lines and the slight warp to the chrome finish that give up the jig. 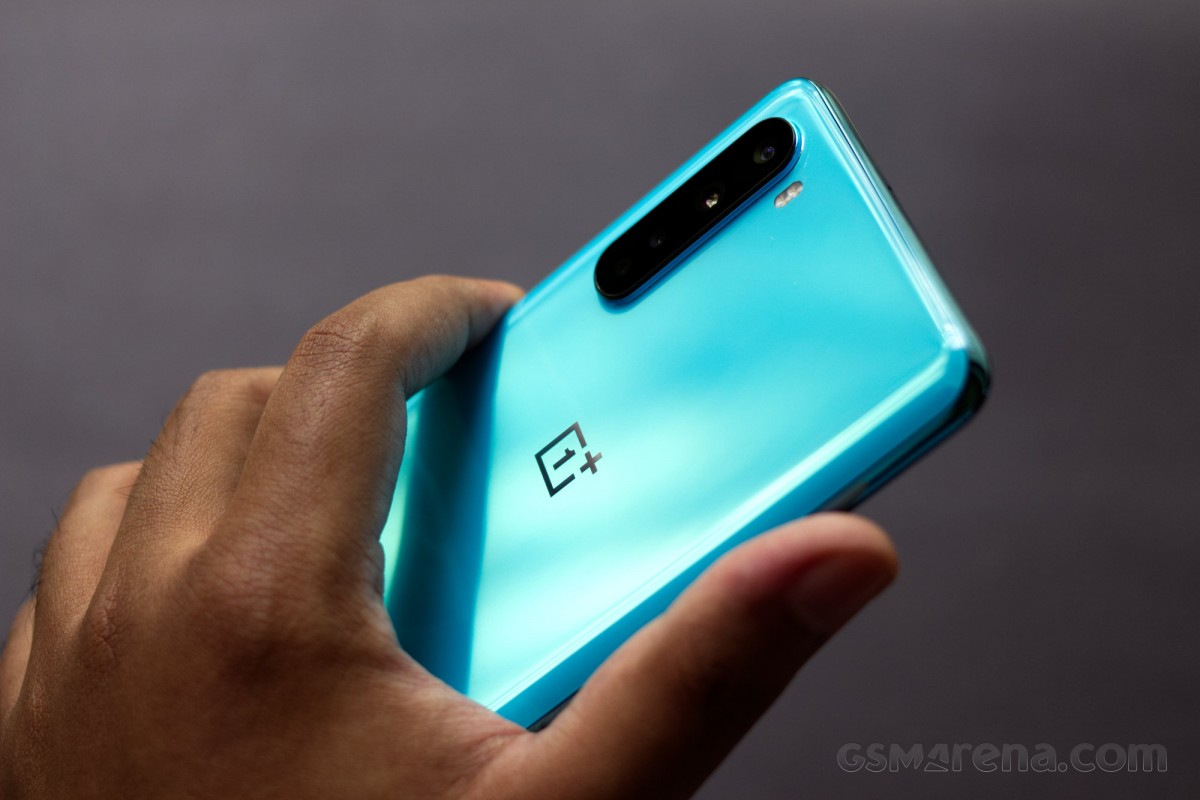 The back, however, is made out of Corning Gorilla Glass 5, the same as the one covering the display. In our opinion, OnePlus made the right decision of choosing the premium material for the back instead of the frame. It may be possible to mistake the plastic frame for metal but there's no way to mistake plastic back for glass. The glass back on the Nord feels leagues better than the plastic backs that adorn most of the other phones in this price range (and one very expensive Samsung Galaxy Note20). We honestly couldn't care less about the frame being plastic.

The front of the Nord is ever so slightly controversial. OnePlus chose to introduce its first dual front camera setup on this phone with a neat-little pill-shaped cutout on the display. It's a bit of an eye-sore, and we are also not fond of how far it intrudes into the status bar. We keep thinking back to the pop-up cameras of 2019 and can't wrap our heads around why it was abandoned in favor of these cutouts. 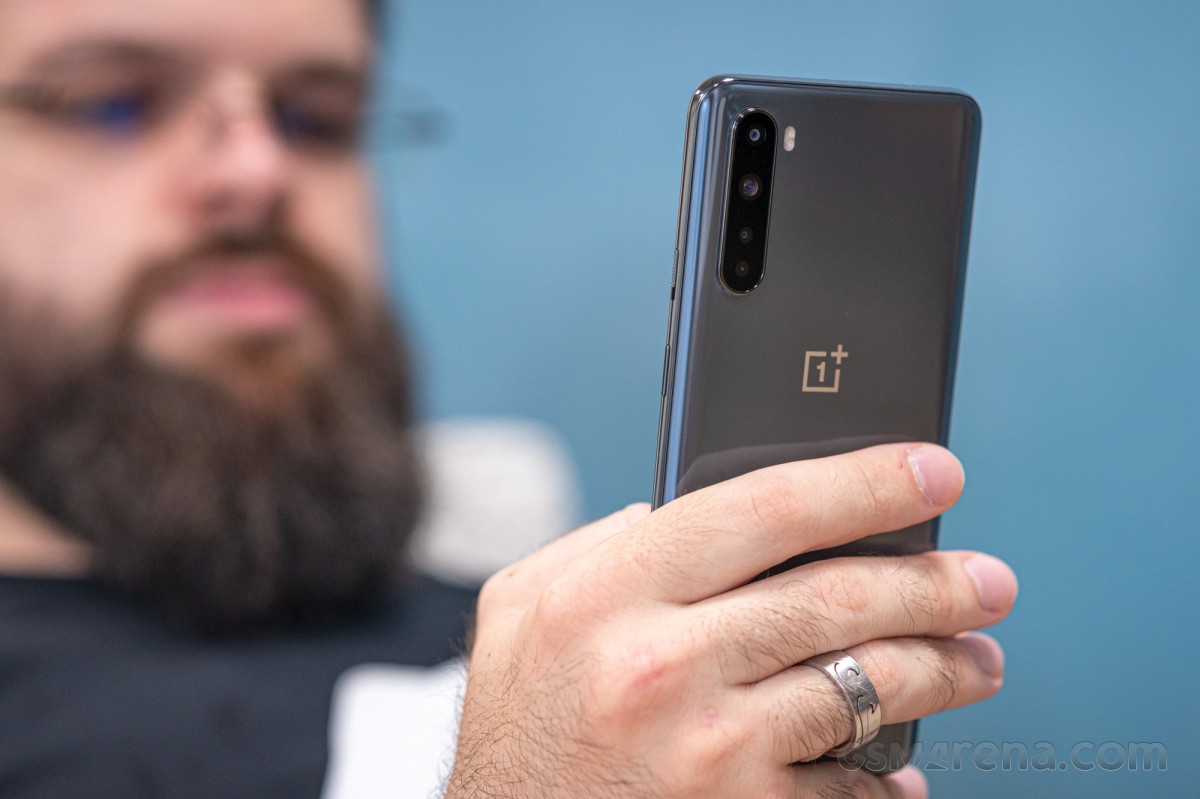 The highlight of the Nord's design for us is how much more compact it feels in a sea of ever-expanding smartphones. The Nord isn't a small phone by any means; it is fairly tall due to the elongated 20:9 display. It is, however, crucially narrower than a lot of big phones, which makes it a lot easier to operate. It's also a fair bit lighter, about 20g or so than most of the larger flagship devices including the OnePlus 8 Pro.

This makes the Nord feel much more user-friendly, especially to those who don't have large hands. You can operate this phone with one hand much more easily, and it doesn't feel like a burden after holding it for a few minutes. The only issue is the layout of the buttons; the power and volume buttons are placed exactly opposite to each other, and it's very difficult to press one without exerting pressure on the other and accidentally taking screenshots.

The OnePlus Nord has a 6.44-inch, 2400x1080 resolution AMOLED display. The display is capable of refreshing at 90Hz but not all the time.

The image quality of the display is impressive for a phone in this price range. The display isn't as well calibrated as the ones on the more expensive OnePlus 8 devices (our unit had a slight green cast) but it's something you'd only notice in side by side comparisons. Otherwise, the display looks pretty well-calibrated in the most accurate Natural setting. The best thing about the display is perhaps that it isn't curved. Yes, non-curved displays have become something to celebrate now just as the presence of headphone jacks. The flat-screen on the Nord makes it more usable than the curved screen on the OnePlus 8 Pro, as it results in fewer, almost zero accidental touches. This is helped by the phone also being physically smaller, which just makes it all that much nicer to use than the 8 Pro. Of course, the curved display criticisms can be leveled against other flagships as well but it's quite telling how it makes a more expensive phone feel worse than another, cheaper phone in the same company's lineup.

OnePlus doesn't claim HDR support for this display but the phone does support HDR10, HDR10+, and HLG content. What this means is that apps that do offer HDR content, such as YouTube and Netflix, will play content in HDR when available. Amazon Prime Video, however, ignored the HDR tag in the software and only played the SDR version.

The display, however, has a handful of issues when playing HDR content. First, it cannot reproduce the wide color gamut of HDR correctly, leading to pale colors whenever they exceed the Rec. 709 standard. Second, the calibration is even worse in HDR, with exaggerated warmth that makes whites appear yellow. Third, the part of the display outside of the video frame is dark gray and not pitch black as would be the case on an OLED. For some reason, the pixels outside the video frame stay illuminated, which only happens with HDR content and not SDR. The video itself, however, can achieve true black. This means in case you are viewing content that has a pitch-black screen, the video frame would be perfectly black surrounded by a dark gray border. 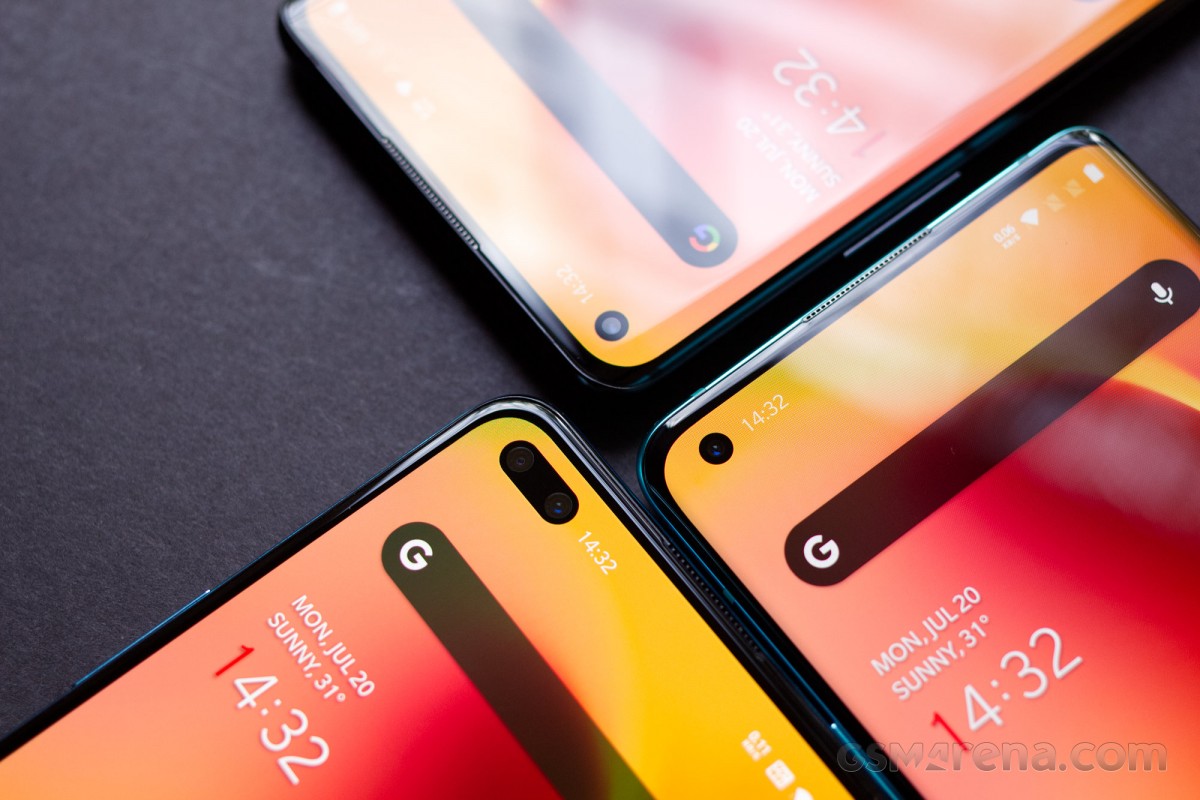 Going back to our comment on the refresh rate, the OnePlus Nord does indeed have a 90Hz refresh rate. However, it is variable, as is often the case with phones. The phone generally keeps it at 90Hz, however, some apps like YouTube, WhatsApp, Skype, Google Maps, and Camera operate at a fixed 60Hz. Some of these apps like Camera or even Google Maps are understandable. YouTube is debatable; we don't think it's necessary to have 90Hz during video playback as YouTube doesn't support videos over 60Hz but there's no reason to disable 90Hz while just scrolling through the app. Apps like WhatsApp and Skype are a complete mystery, however.

By far the worst thing regarding the refresh rate is the complete absence of support for 90Hz in games. This is not just a case with the Nord but across all OnePlus phones with high refresh rate displays. The OnePlus 8 phones support 90Hz in select titles like Fortnite and PUBG Mobile but outside of those the refresh rate is locked at 60Hz across all games. For the Nord, even Fortnite and PUBG Mobile aren't available in 90Hz. This just feels like a criminal waste of hardware capability, as gaming is one area where a high refresh rate is not just easily perceived but also is the most beneficial. By locking the display to 60Hz in games, the Nord is no better than any other phone with a 60Hz display.

Like our OnePlus 8 unit, the OnePlus Nord display has an issue where the 90Hz mode looks a bit different than the 60Hz mode. The 60Hz mode is noticeably darker due to a higher gamma and it is mostly only noticeable when using the dark mode. In the early versions of the OS, the phone would dynamically switch from 90Hz to 60Hz when you stopped interacting with the display. This would cause a very obvious shift in the display's color tone as it became noticeably darker. In later software updates, OnePlus disabled the dynamic switching in dark mode, limiting it only to the aforementioned apps. It's much harder to notice the screen color changing when it happens during the transition animation of opening the app, so OnePlus mostly gets away with it. The dynamic switching still happens in light mode but as said before, it's much harder to notice it here. 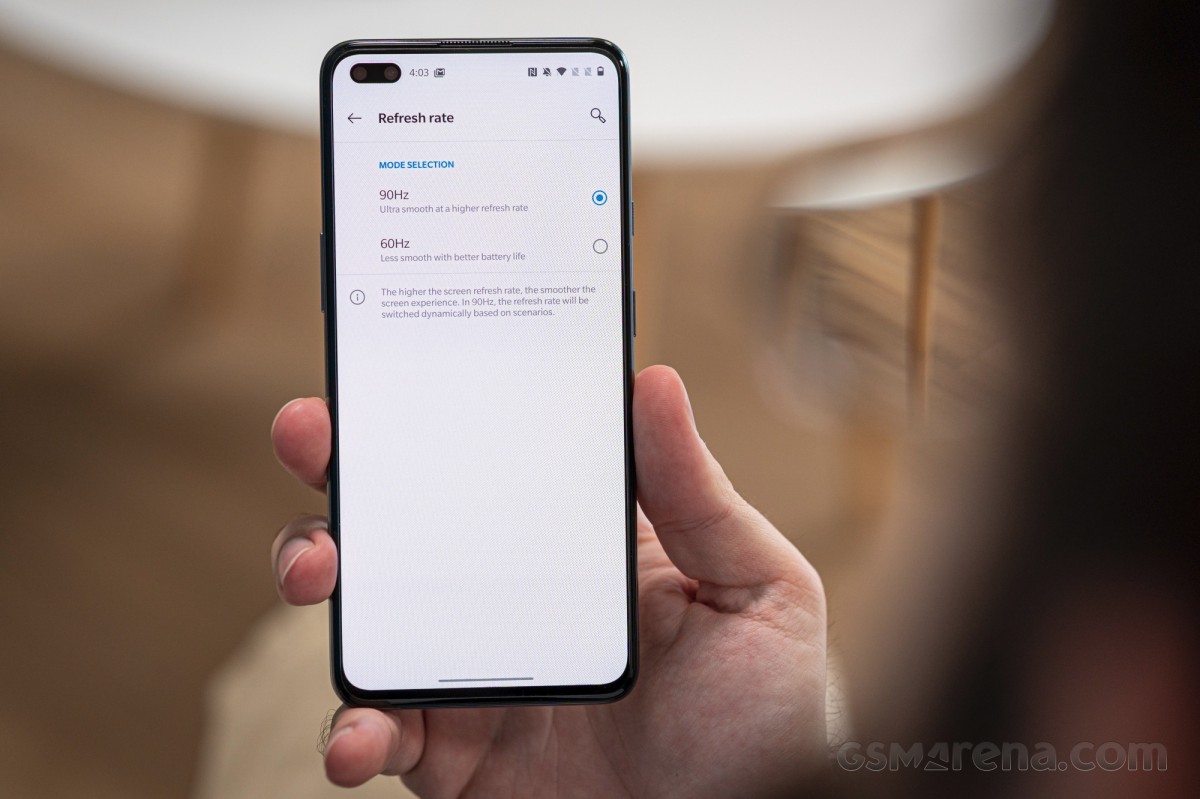 OnePlus also likes to mess around with the screen gamma in the Phone and Messages app when using dark mode. If you drop your display brightness below 33% in either of these apps when using dark mode, the gamma curve of the display suddenly shifts up, causing the entire screen to appear darker. It's not clear if OnePlus is using this to conserve power or to make the screen appear easier on the eyes in the dark. Shifting the gamma does affect all colors on the screen but since it's the Messages and Phone app we are talking about here, it's not much of a concern. Of course, since this happens on a hardware level and not in software, you can't exactly show it through screenshots.

The early version of the Nord software also caused the display to decrease its brightness level inside certain apps to save power. However, OnePlus dropped that in later updates or at least reduced its intensity to the point where it's not noticeable.

Overall, the display on the Nord is still quite good. At least the panel itself seems to be good for the price. However, the software department at OnePlus has been making an absolute dog's breakfast out of it, with arbitrary refresh rate limitations, improperly calibrated HDR mode, color shifts between refresh rates and within the Phone and Messages apps, and all sorts of other shenanigans. If they could just calibrate it correctly, let the display stick to 90Hz across all apps and games, and not mess around with the colors and brightness, that would be great.