Oppo A12 leaks in full, specs and design outed

Oppo has recently re-entered the flagship smartphone space with the Find X2 Pro, and for a long time has also played the mid-range game very well. That, however, doesn't mean that the Chinese company plans on ignoring entry-level models.

Case in point: it's currently working on a low-end smartphone to be called Oppo A12 when it launches. This has been leaked today. Alongside the official-looking image you can see below, there's also a full list of specs. 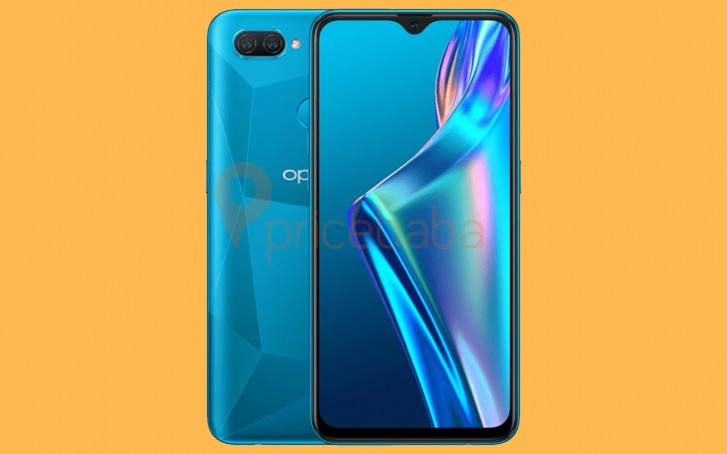 So, let's see what we have here. The A12 is said to sport a 6.22-inch HD+ LCD touchscreen with a waterdrop notch housing a 5 MP f/2.0 selfie camera. On the rear there's a 13 MP f/2.2 primary shooter, along with a 2 MP depth sensor. The phone is powered by the MediaTek Helio P35 chipset.

Two variants will be on sale, one with 3GB of RAM and 32GB of storage, the other with 4/64GB respectively. A 4,230 mAh battery keeps the lights on, while the software will be ColorOS 6.1.2 - which means no Android 10 here, as that skin is based on Android 9 Pie.

The Oppo A12 measures 155.9 x 75.5 x 8.3 mm, and weighs 165g. Its plastic build has a diamond pattern on the back, as you can see. The fingerprint sensor is on the rear too. All of these specs mean that what will make or break the Oppo A12 will be its price. If it's very affordable, then it's sure to sell well. No information about pricing or availability has been outed yet, so stay tuned for that.

Oppo Reno5 Series is coming in May

With MediaTek Helio P35 chipset, this one is a dual-camera smartphone. so expecting it under 10k in India.

It is literally raining smartphones with MediaTek Helio P35 chipset this season. Another good budget smartphone.