Oppo is announcing the next selfie-based smartphone called F9 (also rumored to arrive as F9 Pro in India) very soon, according to numerous teasers. The phone, codenamed CPH1823, is already out there and somewhere benchmarked it on Geekbench, confirming some of the specs. The Oppo F9 will run on Helio P60 chipset by Mediatek, coupled with 6 GB RAM. 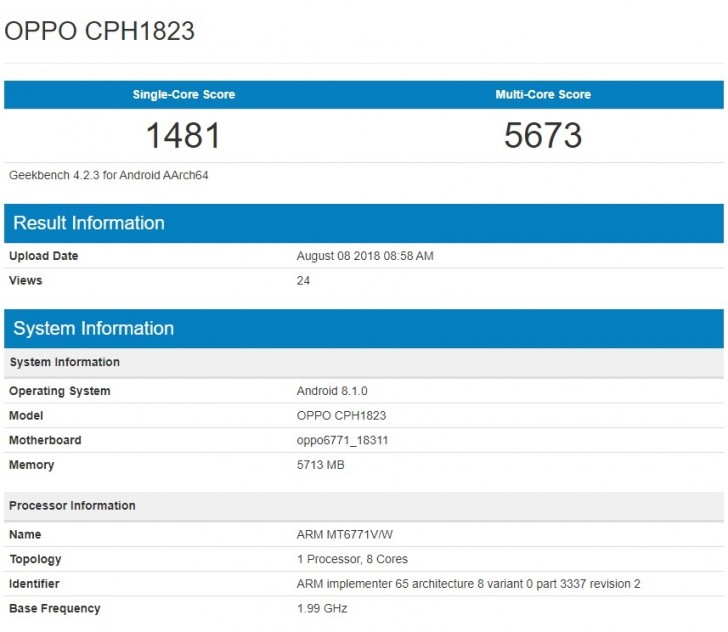 The Oppo F9 is expected to have a 6.3” screen with a small triangular notch. It will house a 25 MP selfie camera, similar to the one in the predecessor Oppo F7. The main camera setup will be dual, which is a first for the F-series, and is rumored to be 16 MP + 2 MP combo.

Oppo teased the F9 Pro with VOOC, making it the first non-flagship device in the past 15 months to have the quick charging technology. We hope the “Pro” moniker is just an add-on for marketability and all variants will have the feature for the 3,500 mAh battery, expected to arrive with the device.

Oppo will be first to release Gorilla Glass 6 phone

On this pricing, I'll buy an old flagship rather than this Illuminati Notched crapphone.

shouldn't of used two generations with same chip , P60 is good but won't be able to compete well against cheaper yet more powerful SD710 mobiles (based on oppo's pricing)