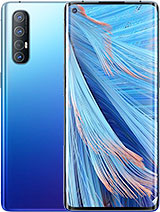 Hi, I purchased the Find x2 Neo recently and it is very a good Phone. One problem is that the Google voice assistant doesn't work when the screen is off. Does anyone know how to get it working. Thanks.

oppo x2 neo was great when i first got it, went down hill from there. its 6 monts old.
first month charged it every 2 days, now every day.
tap screen only works sometimes power and volume buttons temperamental.
screen goes black while using and dosent respond have to restart it.
impossible to get into recovery mode start and volume down buttons dont do anything.
customer service is useless.
my view dont waste your money... i phone looking better every day

joe nodden, 03 Jun 20211) I'm not arguing with you on the topic of speed anym... moreWhy do you have a need to lie and write about something you don't know nothing about? Why? Lg is giving up on their mobile phones division, and for a reason. And yet, you wont see any comments about lg's being sh*t. At their time, lg was good. More than good. And you are, well you know... Go get a help.

joe nodden, 03 Jun 20211) I'm not arguing with you on the topic of speed anym... moreOh and btw $620 is no longer flagship pricing these days. Look at Xiaomis 11 ultra, Samsung's S21 ultra, etc. flagships are now pricing out at or over a grand wich is crazy but it is what it is but considering those prices it's safe to say $600 is the new mid-range price for some companies, sad to say really. But if you look hard enough and do your due diligence anyone can find a smartphone that's going to fit their budget and not be garbage. You want garbage pick out one of the wish.com phones or the no name AliExpress phones they offer for 100 bucks or less, now that's some garbage lol

joe nodden, 03 Jun 20211) I'm not arguing with you on the topic of speed anym... moreI bought these because I test and review certain phones, I own a flagship as my true daily driver, the OnePlus 8, and I know most places charge that much for the Neo but I didn't pay that, I barely paid $400 for the Neo and even less for the Xiaomi. Now let me ask you again, do you own either or both of these phones? Have you tested them for longer than a day? Cuz I have, it's what I do and yeah the Xiaomi isn't the best phone by no means but it's far from garbage, it's perfectly fine for it's price point and so is the Neo, if your paying around $600 or finding the Neo at that price point then you're really not looking, for what these phones offer they aren't bad at all especially the Neo. I've had some issues with slowness and some lag on the Xiaomi but nothing terrible, I would recommend these phones any day if you find them at the price point I found them at and it's not hard just branch out a little. Also did you ever consider your phones service might have a little something to do with your bad experience? It happens all the time.

2) This is not priced like a mid ranger. It's been out for a dang year and it still costs $620. That's flagship pricing. My K40 includes the "few features that were left out cuz obviously this isn't a flagship device and they had to cut some things to reach the mid-range price" despite it being 44% cheaper.

3) You're comparing the (trash) Note 10 Lite to a phone that's twice as expensive. Get some common sense. Why would you even buy both the Note 10 Lite and this? Who the hell buys two "mid rangers" (I call them that because they're both slow and low end, not because of the price) instead of a flagship?

joe nodden, 21 May 2021I said that almost a year ago. I own a k40 now and it'... moreDo you own the X2 Neo also? Have you had a couple weeks with it as your daily driver? I do, and it's fast, great battery, beautiful display, and pretty much everything you would look for in a smartphone, minus a few features that were left out cuz obviously this isn't a flagship device and they had to cut some things to reach the mid-range price point that they landed on, but still an incredible phone none the less, I also own the Xiaomi note 10 lite and I love that phone but in my opinion it's just not as nice or fast as the X2 Neo, for a mid-range device I think it's great!

Mike1281, 20 May 2021Your phone sucks not cuz of the chipset, it sucks cuz it... moreI said that almost a year ago. I own a k40 now and it's blazing fast in comparison. Idc what to tell you other than this phone barely beats vastly cheaper phones from 4 years ago in terms of performance.

joe nodden, 06 Aug 2020As someone with a slimmer and more lightweight LG V30, I ve... moreYour phone sucks not cuz of the chipset, it sucks cuz it's an LG V 30 lol the 765G is a decent chipset for the majority of people out there and the rest of the phone stands just fine on its own, Oppo makes quality devices.

Waqas, 14 Mar 2021Can anyone tell me that this phone has built-in call record... moreUnfortunately not. :( and the worst thing is that the application for recording calls from Google Play does not work at all. At least I did not find it. It is a tragedy for me. By the way, I understand privacy protection etc. but I talk a lot and often on technical topics where I HAVE details either save or remember (which is not possible :))

Could anybody tell me does this phone support e-sim?

Can anyone tell me that this phone has built-in call recording or not?

this phone feels amazing to use, great value

I've just got this phone and it's very good. But I have one issue: 90hz doesn't work on chrome, youtube and various other apps. Can I resolve this as its quite jarring going from silky smooth motion to Jerky (relatively). I've used a refresh rate monitor app to see what hz it's running at during certain apps. My S20 fe runs at 120hz in every app.

Bought the Oppo find X2 neo during the black Friday sales as it was a very good price. I was a huge fan of Huawei but because of the Google ban , I decided to try a new brand.
The Oppo find X2 neo is amazing. The screen is superb , very smooth and clear. The phone is really fast and there is almost no bloatware , the camera does really good pics and videos , and the night mode is pretty good. The build quality is top notch and I have the blue one which is a very good looking phone
I would definitely buy Oppo again and would recommend this phone to anyone.