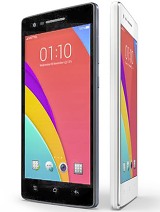 shihab, 15 May 2020bro i have the same problem...did u get any support from th... moreYa same here hard to find sparepart after doscontinued product. But i found site from india still have stock and sell replacement parts.

Still use it until now and will be 5 years old in January next year. Still in function perfectly. Today is the 3rd time change the battery after 2 years changed. Still using the same charger and cable since 1st day and still in good condition.

Always the OS is the problem. No keyboard, no wi-fi

I've been using this phone since it was released in 2015 and the were many problems happened. First was battery problem, I'd changed the battery and everything was okay for few months after that. Second, my phone buttons were not working well. It made my phone shutdown automatically. Third is the latest problem, which I face for 2 days until now. My phone unable to play any video or audio content. I also unable to make or receive call from anyone. Whenever I try to pick up the call, my phone will hang. Now I am planning to buy new phone and having this phone is a totally waste and nightmare for me.

it's been 4 years i using this phone. I really love it and it's still functional a bit well. But the battery is the main prob here and until now. So i decide to get another new phone. So any recommendation?

Anonymous, 29 Oct 2016..I bought another battery because my phone is not function... moreI also have encountered this kind of problem... I also faced the battery problem and power button not functioning problem.. now my sim cards are not connecting and there is no sound emitting from the phone..
what did u do after facing these problem?

same,what did u do w/it?

After fixing the problem with the battery, now, it's the WiFi and the WiFi hotspot has the problem. They don't turn on, and even shuts down if I attempt to turn it on. A lot of my apps are also unexpectedly shutting down very frequently.

I so love this phone, but with the problems and the money I have to spend just to get this fixed makes me furious and want to change phones. I hope Oppo doesn't make phones like this crappy in the future. Oppo Mirror 3 is not actually crappy, it's the best considering its price, but the problems and issues are making me agitated with the phone.

had my oppo mirror 3 for 3 years, great performance, but now it shuts down even when fully charged and keeps on saying it has low battery

i really love this phone but after one year of using it .i encountered issues ! the error keep popping up ! it says "colorOS has stopped" so i decided to bring it to service center, they repair it for free but after one month i have to bring it back again so after five mos. i thought its going tobe fine but its not working now. im not going to service center again im so tired of it ! but i still love it :( :( pls fix mirror 3 problems

How to be an LTE in oppo mirror 3, my smartphone is still GSM

hi i m oppo miror 3 user suddeen show cloros os launchers is not working what should i do ?

I bought OPPO Mirror two years ago but after a year, I got the same problem so I have to replace the battery. Now, I need to replace again because of the same problem. It seems like this phone needs an annual change of battery which is impractical.

How can I use my otg to my oppo mirror 3 anyone? Pls help.

The solution to the problem of the battery, when it boots up and shuts down everytime, is to try plugging its USB to a computer, or at least a powerbank with a 2A rating. It gets past the pesky shutdown-after-boot problem.

Dont buoppo mirror 3, 15 Dec 2016Im so disspointed with this phone. Im just use this phone f... moreSame as mine