The Oppo R9 and R9 Plus were just officially announced in China. The smartphones share the same design language, but under the hood there are plenty of differences. 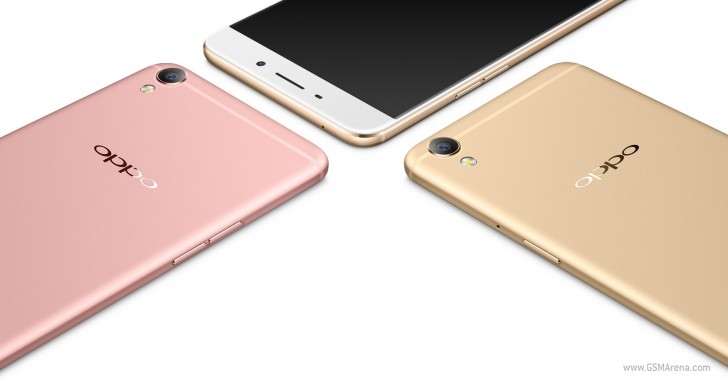 The R9 is the smaller of the two, which doesn't at all mean it's actually small - it's a phablet with a FullHD AMOLED 5.5-inch display. Oppo is proud of its accomplishments in bezel size, citing a minimal 1.66mm on the sides, and the whole thing measures 151.8 x 74.3 x 6.6mm. 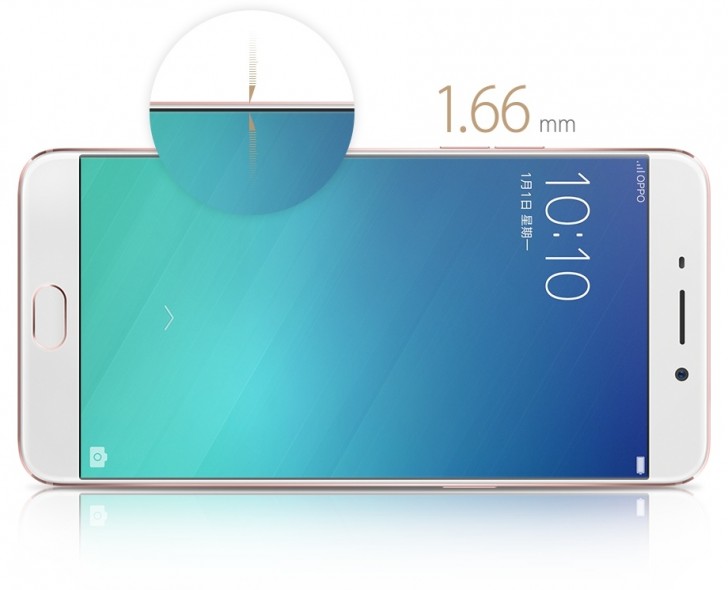 The R9 is powered by a Mediatek Helio P10 chipset with four of its Cortex-A53 cores clocked at 2.0GHz, the other four at 1.0GHz. 4GB of RAM and 64GB of storage are on board and the R9 can take up to 128GB of microSD cards in the hybrid microSD/second-SIM slot.

It gets interesting in the camera department, where the front shooter actually boasts a higher-res sensor and brighter lens than the rear one. Selfies are taken care of by a 16MP imager mated with an f/2.0 lens with a 78.1-degree field of view. On the back you have a 13MP sensor behind a 5-element lens with f/2.2 aperture and 80.6-degree FoV.

The R9 Plus ups the ante in several key areas. The obvious one, and the one meriting the Plus moniker, is screen size and the R9 Plus comes with a 6-inch display, again FullHD AMOLED. Side bezels are a smidgen wider at 1.76mm, but the screen-to-body ratio is still higher at 79.3% compared to 77.7% for the R9.

Running things is the Snapdragon 652 chipset with quad-core 1.8GHz Cortex-A72's and quad-core 1.2GHz Cortex-A53's. RAM is 4GB here as well, and base storage is 64GB, but there's also a 128GB version. In case you want to expand on that (just how much music and photos do you have?) there's a hybrid microSD/second-SIM slot as well.

There's a bit more logic in the camera setup on the R9 Plus, and while the front 16MP snapper is the same, on the back you get another 16MP camera as opposed to the R9's 13MP unit. This one uses the Sony IMX298 sensor (like on the Huawei Mate 8) with a 6-element f/2.0 lens. Thanks to the more powerful chipset the R9 Plus is capable of 4K video recording, unlike the regular R9.

Both smartphones have a fingerprint sensor on the front below the display, marking a departure from the rear-mounted solution on the R7 Plus. VOOC Flash Charge is present on the two (but not the crazy fast Super VOOC we saw at MWC), and the R9 has a 2,850 battery capacity, while the Plus stretches that to 4,120mAh. Another shared property, and one that doesn't sound too good, is the OS version - Android 5.1.1 Lollipop, when Android N previews are already out. The Oppo R9 and R9 Plus both come with 4G LTE support, naturally. Wi-Fi 802.11 ac is only available on the R9 Plus, the R9 is limited to the slower standards. Another connectivity difference is Bluetooth - v4.0 on the R9, v4.1 on the R9 Plus (to better deal with interference with LTE frequencies).

The Oppo R9 is priced at CNY 2,799 in China ($430), and is available for pre-order now, with shipments scheduled to start on March 24. The R9 Plus is obviously costlier at CNY 3,299 ($510) for the 64GB version and will hit Chinese shelves on April 12. Global availability remains to be detailed.

Oppo's ColorOS 13 is coming on August 18

I suppose the R9 having reached a level of physical refinement and also being able to use headphone jacks, is good value.

Plz confirm the price of R9 & R9 plus