The Oppo Reno6 Pro 5G, the highest-spec Reno of the '6' batch, has been with us for the past couple of weeks, undergoing the usual rigorous testing. What about the Pro+, you say, isn't that the top-of-the-line model? Let's try to clarify. 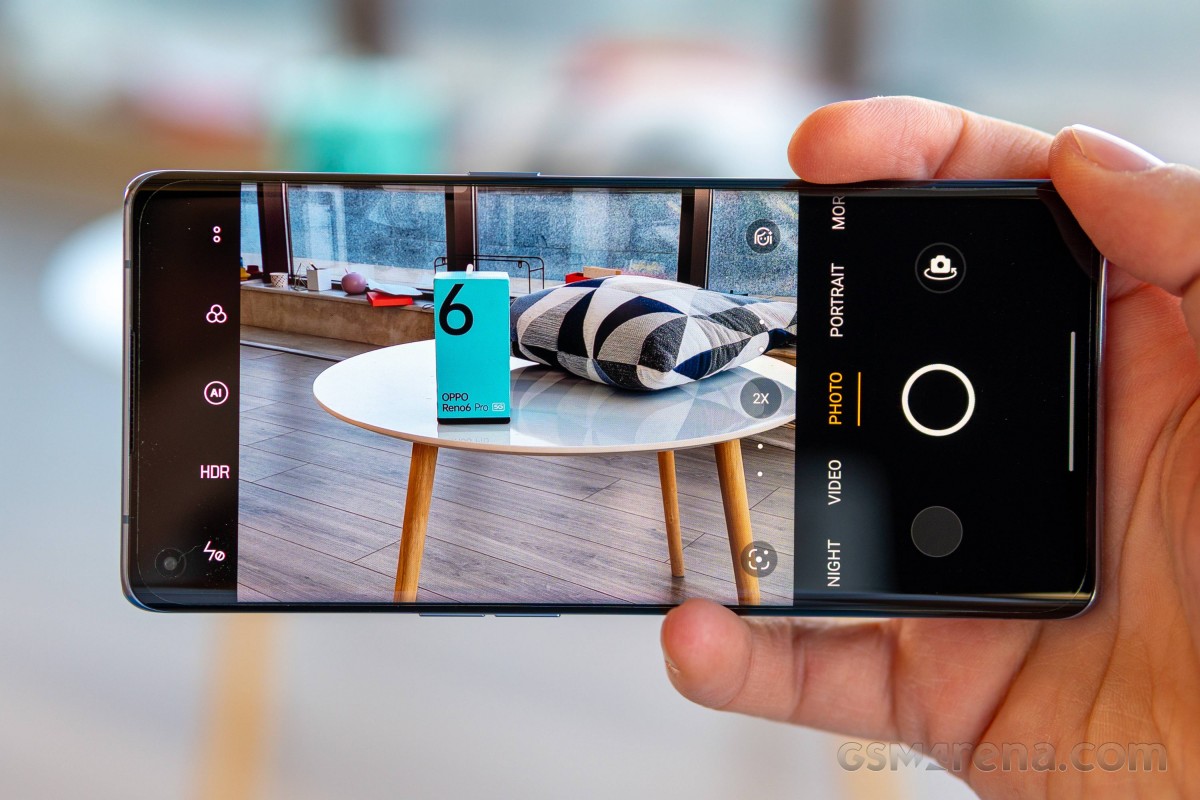 This 'global' version of the smartphone has 'Snapdragon' in the name on the specs page as our attempt to make sense of a confusing lineup - it's not really part of its actual market designation.

The good bit is that the confusion is only for someone like us, which caters to all markets across the world. The consumers get either model based on their locale. India and China get the Oppo Reno6 Pro 5G with a Mediatek Dimensity 1200 and a different camera setup - it's downgraded compared to this Snapdragon version here, which is meant for western markets.

That's not to say that a very similar handset isn't sold in Eastern markets - a nearly identical phone is marketed as the Reno6 Pro+ 5G in China. So in a way, the Pro+ is the best-equipped Reno6, but so is this particular flavor of Pro non-plus. At least the other Reno6s don't get too much in the way. We'll use the Snapdragon moniker on occasion, but even if we do drop it, you should know that's the specific model we're reviewing. 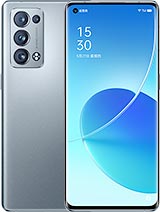 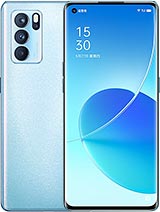 On to hardware. The Reno6 Pro 5G (Snapdragon)'s specsheet starts off with a 6.55-inch AMOLED display with a modestly-high refresh rate - just 90Hz, and that's one of few odd choices, when most any competitor is at 120Hz. The Snapdragon in the name is the 870, the last iteration on last year's flagship SoC and in some ways better than the 888 of 2021. A single SKU with 12GB of RAM and 256GB of storage should keep most people happy. 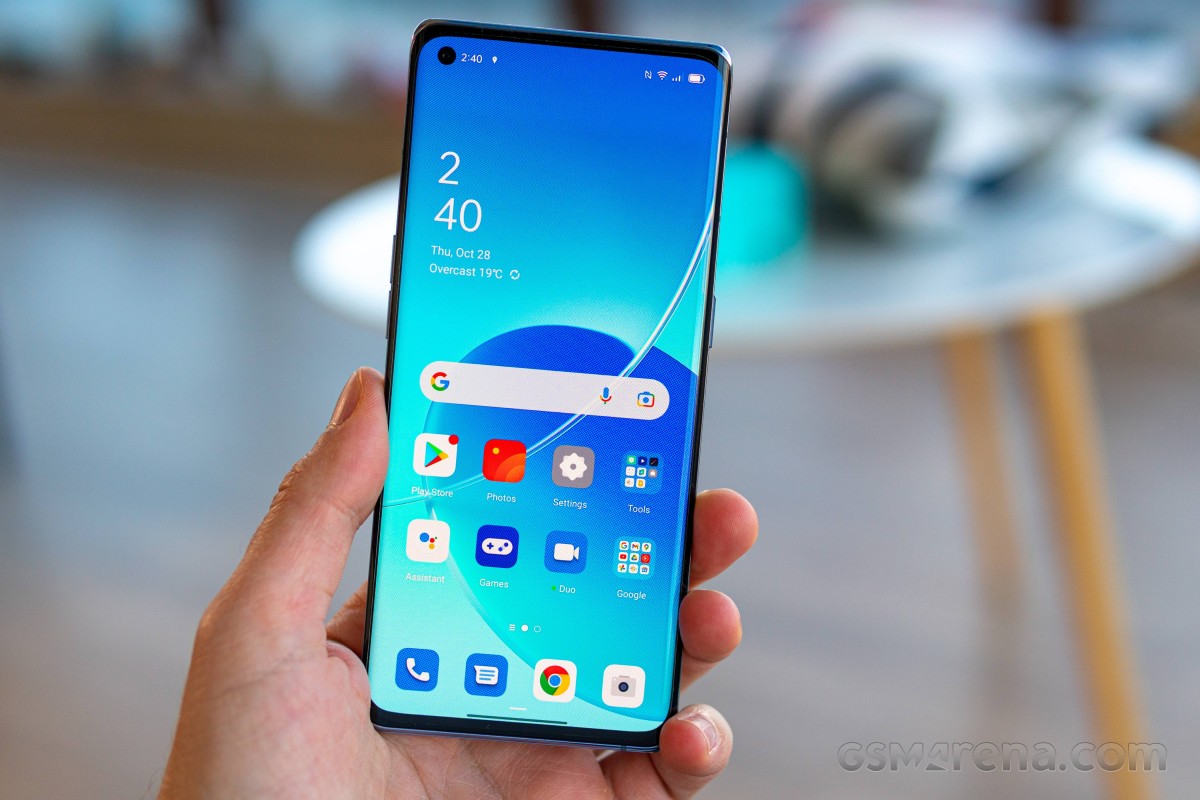 The cameras aren't half bad either. The tri-set at the back is headlined by the same 50MP sensor you'd find in the Find X3 Pro flagship, and the numbers suggest that the 2x tele is shared between the two as well. The Find maintains exclusivity on the 50MP ultrawide, so the Reno gets a 16MP one instead, but it does keep the 32MP selfie unit. So a 3-out-of-4 flagship camera system on the Reno6 Pro 5G (SD). Well, sort of - the 2MP macro here is nowhere as interesting as the 3MP microscope on the Find X3 Pro, but that's niche enough to not count - if we do say so ourselves.

The 4,500mAh battery should be good enough, the 65W fast charging is even better, the stereo speakers are appreciated. Missing is an IP rating, and you might be inclined to forgive that omission if you label the Reno a midranger, but at around €800, that field in the specsheet shouldn't be empty, we reckon.

A teal box holds the Reno6 Pro 5G until it reaches your hands, with a bold 6 on top to signify the generation and a smaller but more detailed designation of the specific model on the bottom (minus the Snapdragon). Same presentation as the fifth generation, then. 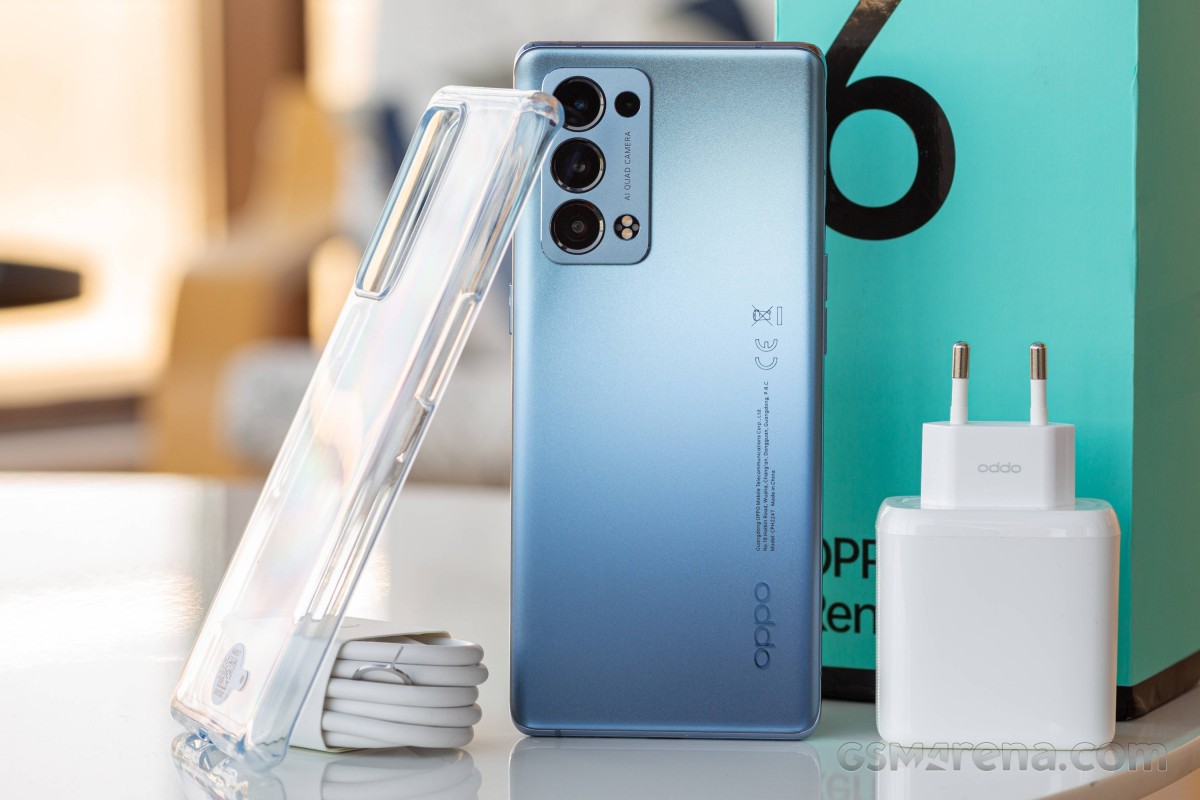 Oppo has skipped the earbuds this time, however, while both the 5 Pro 5G and the 6 5G have a pair, but not the 6 Pro 5G (Snapdragon). You do get the beefy 65W SuperVOOC 2.0 fast charger and a cable to go with it, plus a basic but functional soft protective case that's also transparent, so it doesn't hide the fancy back.

Hi, guys I'm considering buying this device for like 430€, is this a good deal - Shipping from Europe, so no import taxes

It doesn't matter. Most Android smartphones have a generally lower resale value, though there is some exception. It should be something that one has to know and accept if he/she decided to purchase an Android, especially most models from Chinese...