No, this review is not about some detachable Oppo lens as we are past the era of these crude workarounds - it's an actual phone and a proper flagship at that. But while this particular name isn't our cup of tea, the rest sounds beyond intriguing.

The Oppo Reno 10x zoom is exceptionally looking glass-sandwich phone, building on the maker's increasingly solid record of designing phones that stand out for the right reasons. It has a notch-less AMOLED at the front and a shark fin pop-up selfie camera that's unlike anything we've seen before. 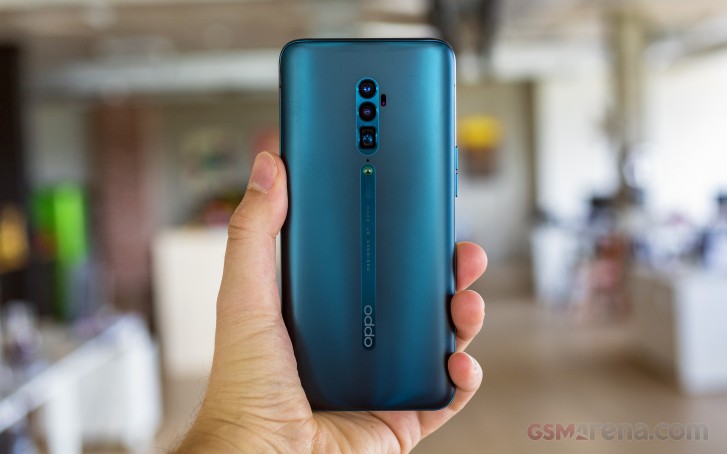 The triple camera over at the back is this Reno's centerpiece, in case you somehow forgot about phone's full model name. It has the large-sensor 48MP primary module, with bright and stabilized lens, an 8MP ultra-wide-angle snapper, and a 13MP snapper with periscopic lens for 5x optical and 10x hybrid zoom, ergo the Reno 10x zoom. That's a setup very similar to the Huawei P30 Pro, which we found to be the most versatile cameraphone around, so color us intrigued. 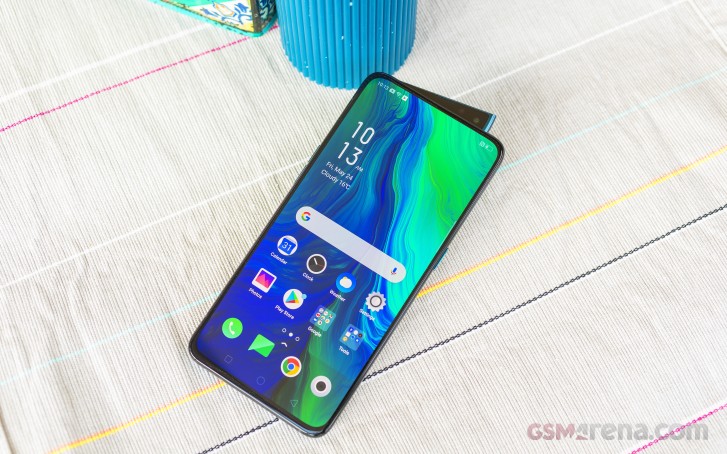 The rest of the Reno is standard as flagships go these days - a Snapdragon 855 chipset with lots of RAM and storage, a 4,000+ mAh battery with VOOC fast charging, optical under-display fingerprint reader (spoiler alert: it's blazing fast!), stereo speakers, and Android Pie with the newest Color launcher.

The Oppo Reno 10x zoom has a motorized pop-up selfie camera that makes it pretty much impossible to secure against water. Not that Oppo had IP-rated phones before that, but in case you were wondering - the Reno is neither water, nor dust protected officially. The teardowns are yet to reveal if there are some ingress sealings as was the case with the OnePlus 7, though we still would keep the phone away from water just in case.

We have to admit we are already spoiled by other Oppo phones and we always expect a rich retail package from each new Oppo flagship. The good news is the Reno 10x zoom's managed to deliver. 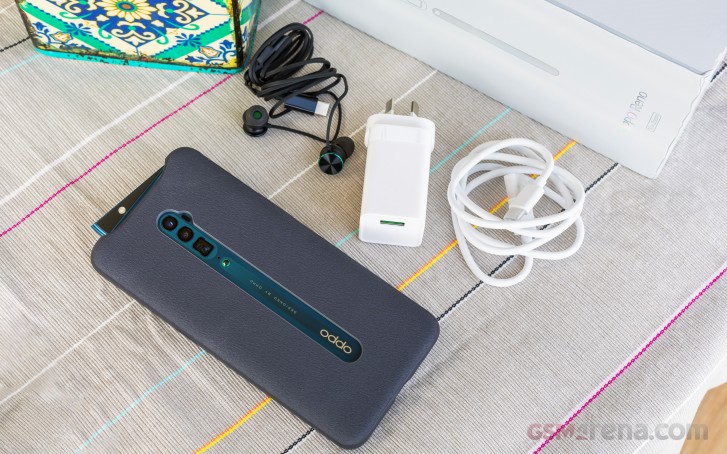 The Reno is bundled with a 20W VOOC charger and a VOOC-compatible USB-C cable. There is also a premium-looking pair of in-ear headphones ending on a USB-C jack. Some extra buds are supplied, too.

But that's not all. Oppo is also throwing a very nice case and the Reno also comes with an applied screen protector.

Reviewing after 48 hrs testing and usage As soon as mobile is delivered I started unboxing. Very nice packaging and nice case included(which is definitely far better than r 500rs case), Best thing is Type C headphones are included i...