Recent reports coming out of China suggest that Apple has started mass production of the iPad mini 5 and this might be it. The design sticks close to the iPad 9.7” (2018) with rounded sides and antenna window on top.

The sides are important – the new iPad Pros have squared off sides so that the second-gen Apple Pencil can magnetically snap on the side. Not that Pencil support on the mini makes much sense, but Apple might want to keep the designs consistent, anyway.

It looks like there’s a 3.5mm headphone jack in the top right corner, something not seen on an iOS device since the 9.7” iPad from March last year. Also, there were some fake "iPad mini 5" leaks recently, so take this one with several grains of salt. Anyway, there’s a USB-C port on the bottom flanked by two speakers. 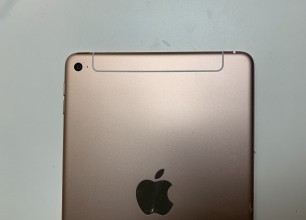 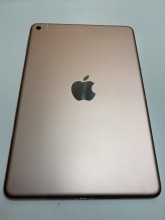 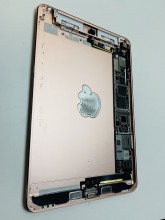 The third shot shows the inside of the tablet, but unfortunately the chips aren’t labeled so we can’t really tell if the chipset has been upgraded. No Face ID hardware, but no fingerprint reader either, clearly some components are missing (notably, the battery).

Apple hasn’t updated the iPad mini line since 2015. But now that the biggest iPhone has a 6.5” screen, does it really need to? We’re sure many people answered “yes”, but it’s not clear if Tim Cook is one of them.

I just love ipad mini form factor. Just want 8.5'' horizontal display to read pdf without zooming in and out and in-housed stylus support that I don't want to lost or remember every time if I go out to take it with me. Also, please don't take down...

Hell yes they need to update it! Buying one the day it comes out, regardless of what the specs are.