Poco reaffirms its independence, has shipped 6 million phones across 35+ countries to date

Poco proclaimed its independence from Xiaomi in January this year, now the company is reaffirming its commitment to go at it alone – and it has offered a report on what it has accomplished so far.

Poco was born with the F1 in 2018, which would go on to ship 2.2 million units. Of those, 700,000 shipped during the first three months. The F1 still makes up a a major portion of all Pocos in existence, which total 6 million units (based on info from Canalys and the internal sales team).

Over the last three years Poco phones have launched in over 35 countries around the world. The line-up grew and now there are phones in all three price tiers: flagshidp, mid-range and entry-level. The latter welcomed the Poco M3 earlier today.

Here is the letter that Poco sent out to its fans: 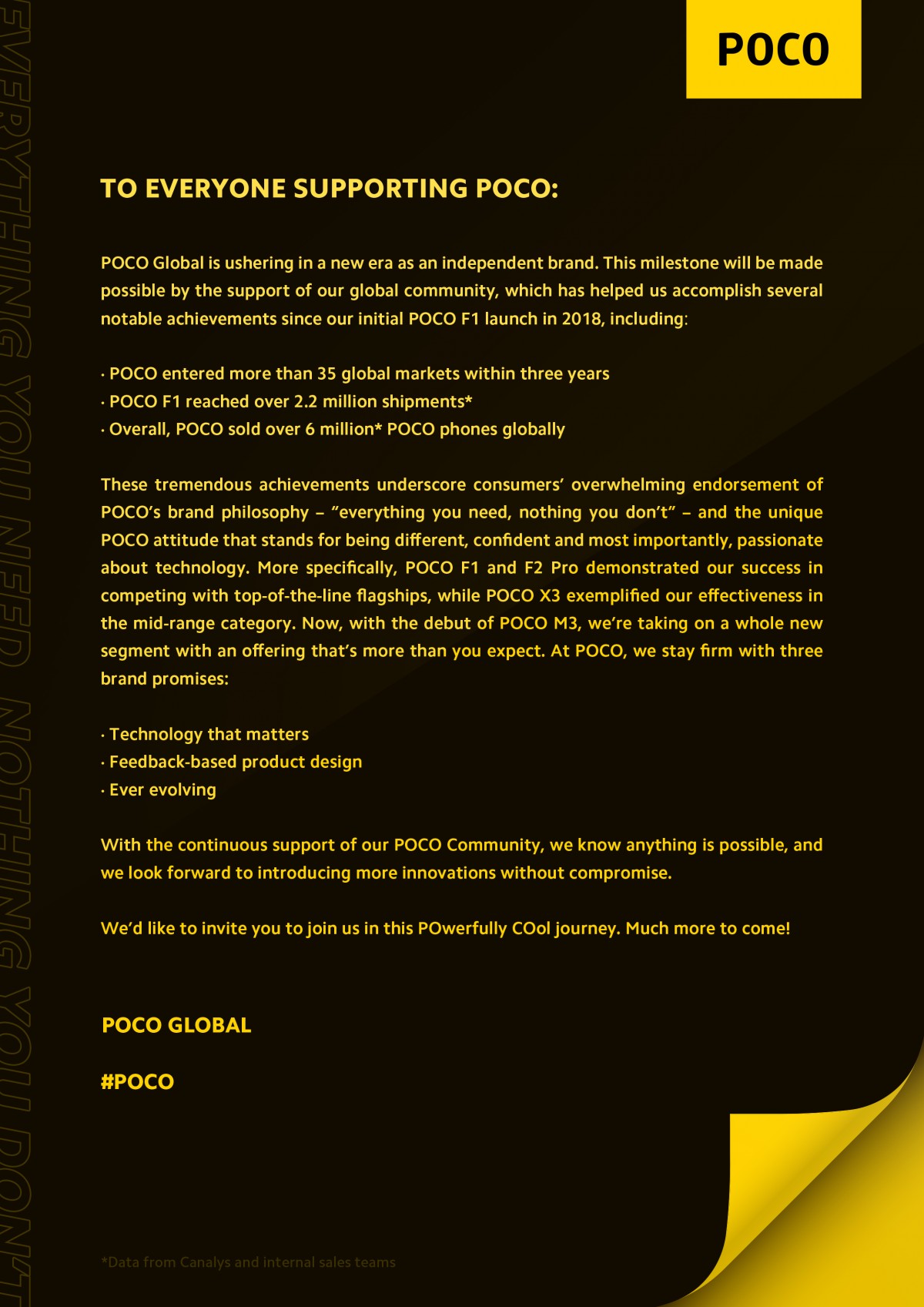 Independent yet still relying on MIUI from Xiaomi itself.

Nothing says "We're independent!" like releasing a rebranded Redmi 9 Power.

Claims they're independent from Xiaomi yet they still use the latter's MIUI skin. Don't get me wrong, I love the value for money POCO has brought to the market for the past couple of years, but claiming themselves as independent is jus...