The recent silence surrounding Google's modular smartphone Project Ara has been broken at the Linaro Connect US 2014 conference. There, Project Ara team leader Paul Eremenko announced that users will be able to swap parts of the modular phone when it's powered on. 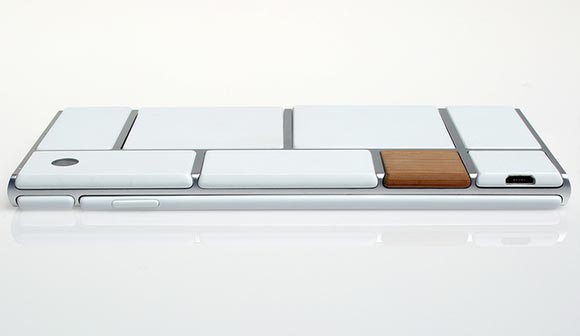 For example, if the memory of the phone is full, you'll be able to swap with another memory module and go on with your day. Swapping the battery is also possible without turning the phone off thanks to a power reserve.

The only two parts that will not be hot-swappable are the phone's processor and display. Google is targeting a $50 entry price tag for the Project Ara smartphone. Pricing of the various modular blocks isn't known yet.

Expect the first Project Ara modular smartphone to get its official announcement in January 2015. It will run a modified version of Android L, which will be also interesting to check out.

A Project Ara (A8A01) developer smartphone unit gets in the spotlight

Google's Project Ara will have a store for its modular bits

Is this model will come to Serbia for sell and when?And how much will cost this model in Serbia?And swappable parts too.I am interested for this model.And will it come with Qualcomm Snapdragon chipset?

CPU is not *HOT SWAPPABLE* (Phone on) You can still cold swap when the phone is off. Geez.