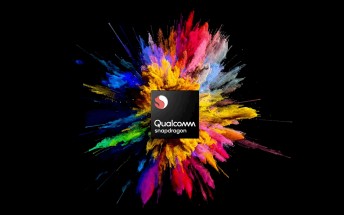 Amid the announcements that took place today at Google I/O about Android P, Qualcomm announced that it has worked with Google to get early access to Android P so that the chip maker could ensure readiness for OEMs’ devices to be updated to Android P.

We are excited to work with Google to pre-integrate our software with Android P, making it production ready for OEMs… Google and Qualcomm Technologies are set to expand the market for Android and make it easier for OEMs to launch based on Snapdragon… - Mike Genewich, director and product manager at Qualcomm

Qualcomm has optimized Android P to work smoothly with the Snapdragon 845, 660, and 636 while Project Treble has made it possible for much easier Android updates. Both Qualcomm and Treble are to thank for the extended list of Beta test devices available to developers for Android P.

Check out the Android P announcement post to check out what’s new in Android P and which devices are supported at the starting gate. These include devices from Sony, OnePlus, Xiaomi, Google, and OPPO.

Why cant Sami chipp in and make their updates faster!?

Don't know if it will be possible on Oreo 8.1... Z1 Compact was on the verge with Lollipop, right? - But you could check with XperiFirm and go to xda to find a tutorial and read more about it; I strongly recommend that before you try to flash the dev...

What do you mean? The XZP, XZS and even the XZ and X Performance from 2016 got Oreo in November itself last year.