Qualcomm confirms Snapdragon 855 will be built on a 7nm process 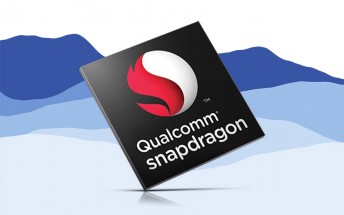 Qualcomm has confirmed the rumors that the Snapdragon 855 chipset will be built on a 7nm process at the TSMC foundries. Low-volume manufacturing is already underway and Qualcomms customer companies have already received samples.

Previously, the X24 and X50 modems were also confirmed to be built on the 7nm node. The X50 will be among the first 5G modems to hit the market.

The Snapdragon 855 chipset will provide better performance, improved battery efficiency and (of course) on-board AI processing. Expect to see S855-powered devices in the first quarter of 2019 at the earliest.

PS. Qualcomm did not confirm that the new chipset will actually be called Snapdragon 855. There are speculation that its revamping its naming scheme in order to differentiate the smartphone chips from the laptop-class chips.

Samsung and ARM partner up for 7nm 3GHz Cortex-A76 processors

Whats wrong with that?

Should the first gen of 7nm chips be avoided?