The Realme 6i that was rumored to arrive in India this week may debut in the country on July 14 alongside the C11, Flipkart revealed in a listing that's now taken down. 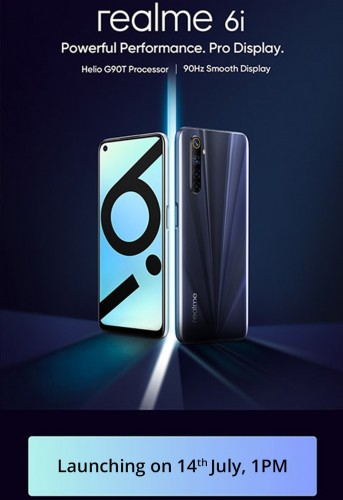 The exact price of the Realme 6i in India is currently unknown, but Flipkart says it will be priced under INR15,000 ($200/€175). That's hardly a surprise since Realme 6 starts at INR14,999 in India and the 6i will definitely be priced lower.

There's no word from Realme about the Indian launch of 6i yet and seeing how Flipkart has taken down the listing, the July 14 release alongside the C11 may not happen after all.

According to a previous leak, the Realme 6i coming to India is not the original 6i but a re-branded Realme 6s unveiled in May. It's powered by the Helio G90T SoC, sports a 90Hz 6.5" FullHD+ display, and packs a 48MP quad camera setup. You can head this way to check out the detailed specs of the Realme 6s.

We had the realme 6i in our country too. But it had the helio g80 chipset. Which chip do you have in yours?

Have been using Realme nearly 2 yrs and top notch performance

As realme said they never earn profit more than 3% and they have lower marketing and advertisement expense. These are the main reason they can provide more convenient product at cheaper price. Where other mobile phone brands profit magin is high and ...