The Realme 6i is set to be unveiled on March 17 and the company has already revealed that the smartphone will come with the Helio G80 SoC, 48MP quad camera and 18W fast charging.

Now Realme has revealed that 6i will pack a 5,000 mAh battery, which from a previous teaser we know will charge through a USB-C port.

The 6i will sport a 16MP selfie shooter, which is an upgrade over the 5i's 8MP front camera. However, this snapper will be housed inside a waterdrop notch, unlike the 6 and 6 Pro's selfie cameras that are placed inside punch holes in the top-left corner of their screens. 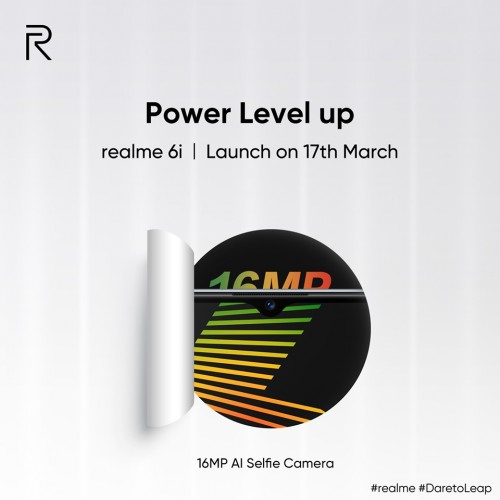 A third image shared by Realme, attached below, shows that 6i doesn't have a recess for the side-mounted fingerprint reader on the right side like the 6 and 6 Pro.

A live image of the 6i spotted on FCC last month revealed a rear-mounted fingerprint scanner, but it is yet to be officially confirmed. 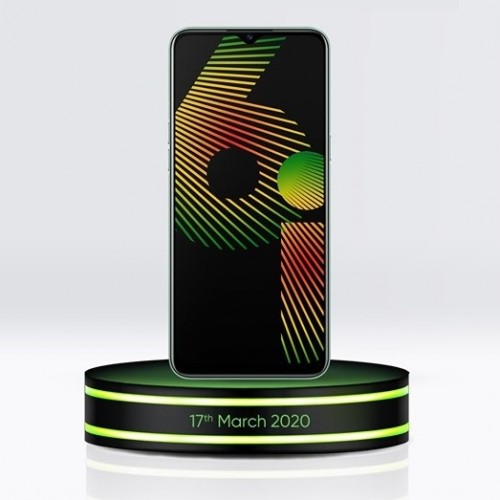 Realme 6i won't come with a side-mounted fingerprint reader, like the 6 and 6 Pro