Design-wise, the Realme 6i looks a normal smartphone of today. Only the front uses glass - it's Gorilla Glass 3, to be exact - while the back is made of polycarbonate. The frame is parts aluminum and part plastic. 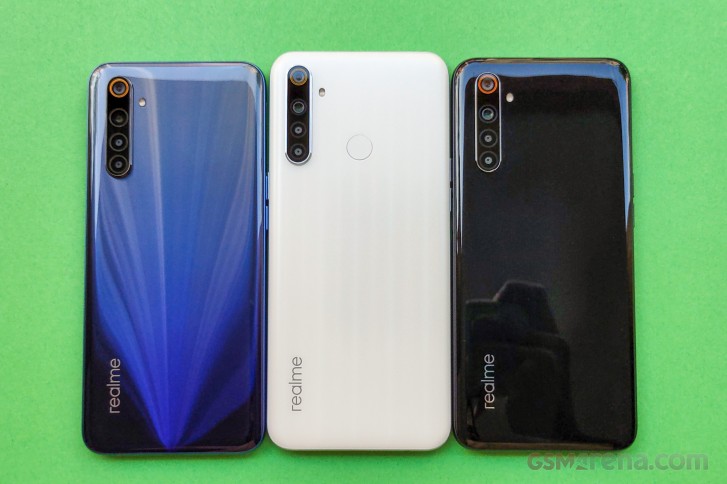 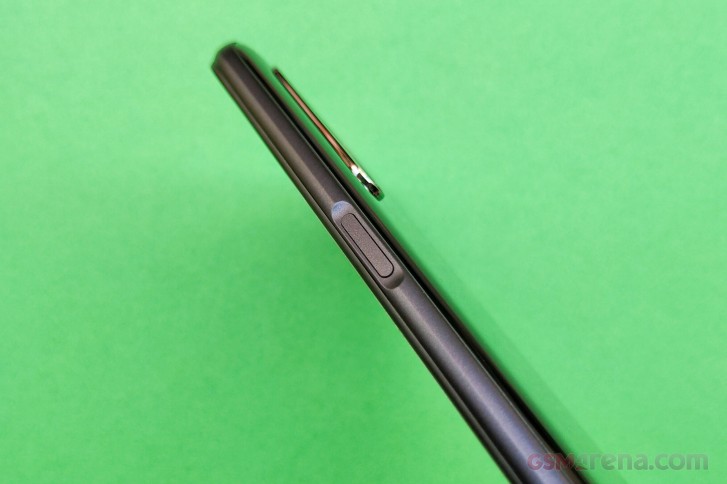 On the opposite side are the volume buttons - two individual, nicely clickey ones. 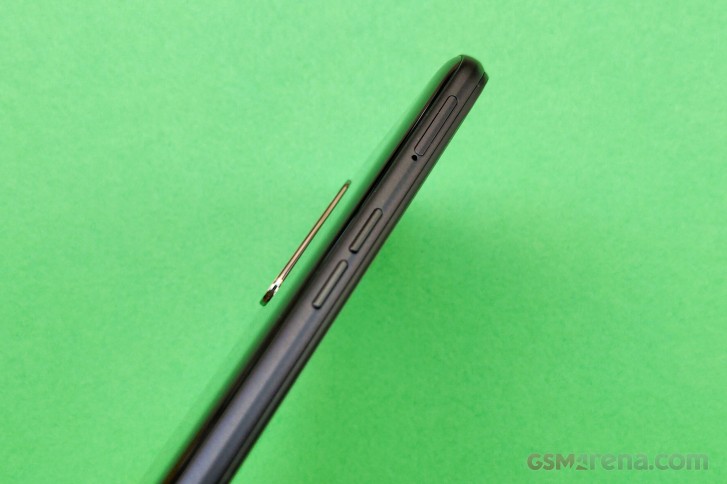 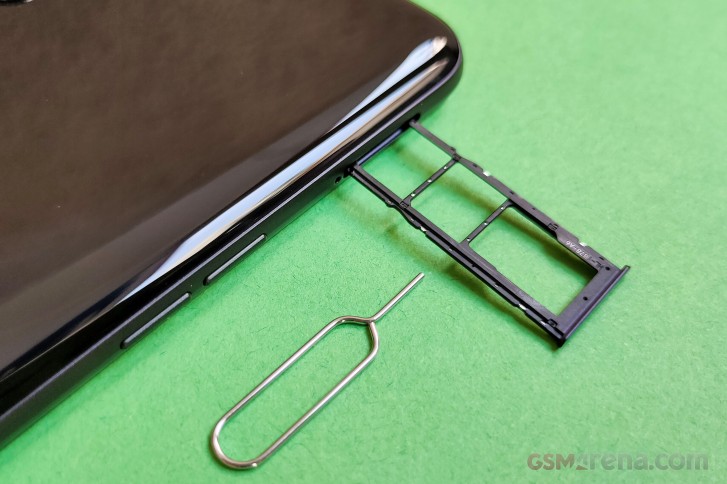 The Realme 6i's essentials are at the bottom - the USB-C port is here, the speaker, the audio jack, and, of course, the mic. It's nice that Realme included both a USB-C and a 3.5mm headphone jack on the 6i. 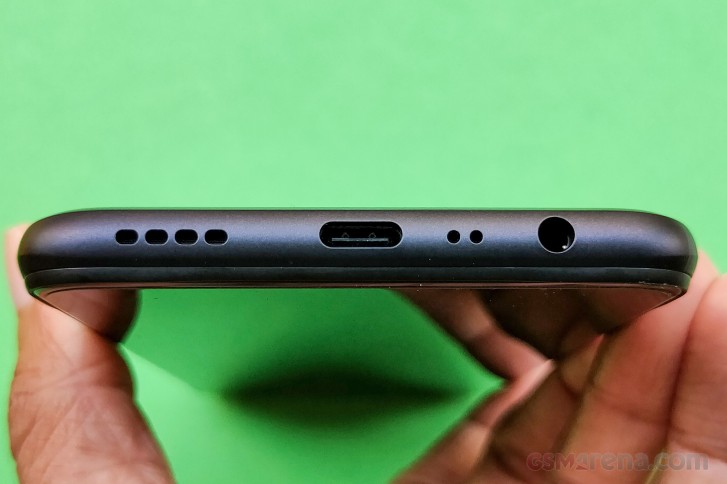 The Realme 6 has a decidedly prettier pattern on the rear panel. The comet-like finish on the Realme 6i gets lost in the blackness of our review model. 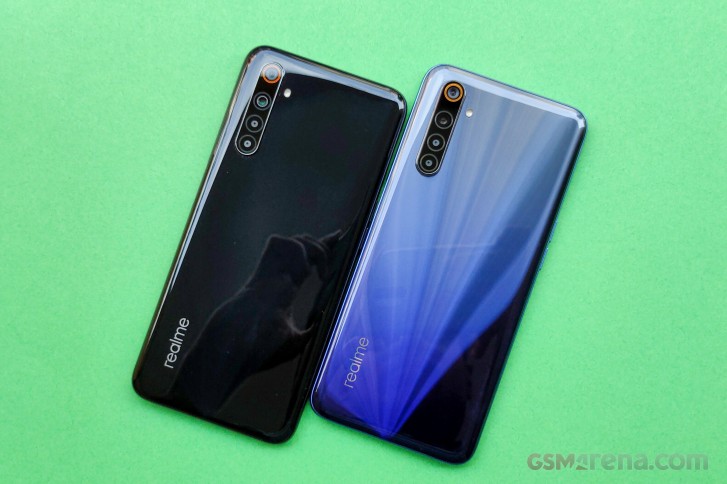 There's a small curvature to the front panel for added comfort while the back has a more pronounced curve to the sides. We would have appreciated a bit more curvature though. And the camera bump is big enough to cause wobbling unless you put on the included silicone case.

The front of the device comes with thin side bezels while the top and bottom come out a bit thicker. The punch-hole camera design is particularly interesting, though, as the camera itself looks a bit bigger than usual while the bezel around it is surprisingly thin. Maybe a bit far from the left edge eating away a good chunk of the screen real estate. Maybe a centered design would have been better, although we found this to be quite subjective. 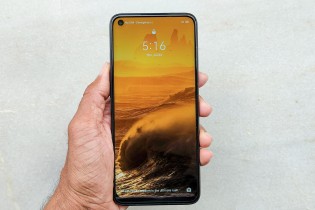 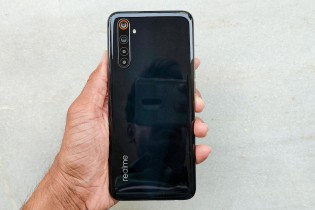 Handling the Realme 6i

The Realme 6i isn't very heavy for a 6.5-incher at 191g. It fits well in hand and in pockets, thanks to its slim profile, provides enough grip to be used safely even without its case, and above all - has an excellent design for a budget phone.

Which (main) camera sensor does the Realme 6i/6s use? Is It the same as Realme 6 (Samsung GW1)?

I have the global 6S version with 4/64 memory. I play CoD Mobile often and barely feel any overheating. Even during the VOOC charging it's not present. Nothing to complain about.