The Realme 8 5G arriving on April 21 in Thailand was rumored to debut in India a day later. Today, the Chinese phone maker confirmed that the Realme 8 5G will indeed launch in India on April 22, and the launch event will be streamed live on the company's Facebook page and YouTube channel starting 12:30PM IST (7AM UTC). 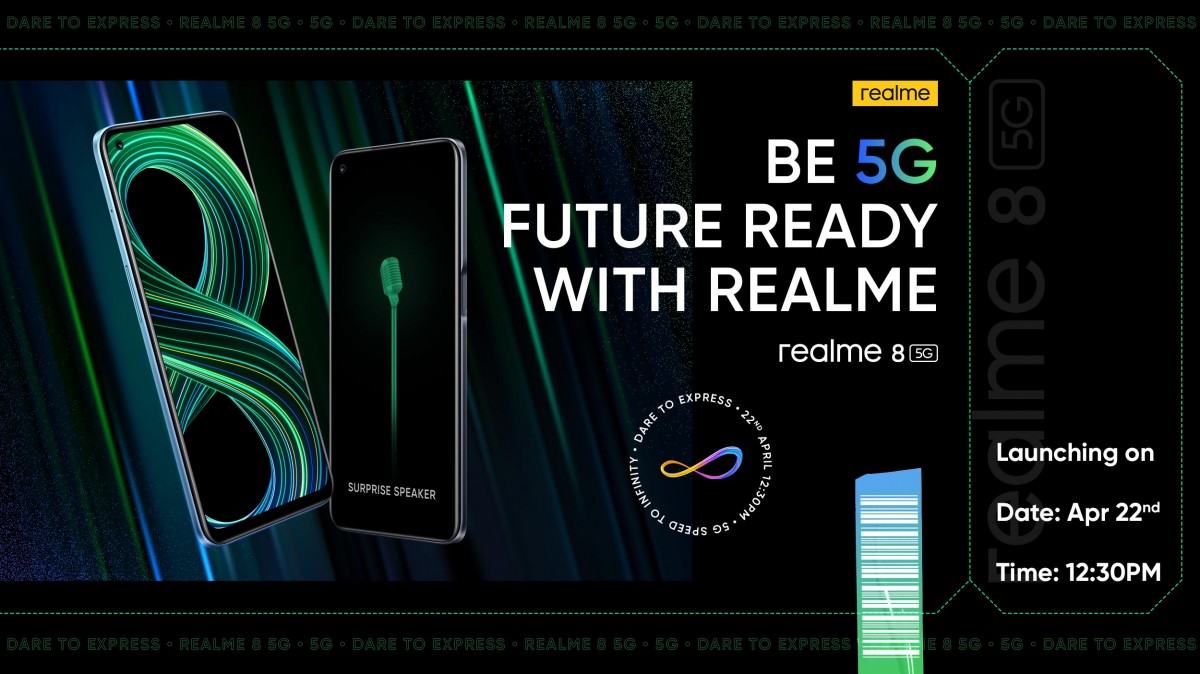 While Realme hasn't revealed the 8 5G's entire specs sheet yet, the company's Thai branch has confirmed a few of its features, including Dimensity 700 SoC, 6.5" 90Hz screen, 5,000 mAh battery, and side-mounted fingerprint scanner.

The Realme 8 5G will be 8.5mm thick, weigh 185 grams, and have two color options - Supersonic Black and Supersonic Blue. The smartphone will also feature a triple camera setup on the back, with the main camera using a 48MP sensor. 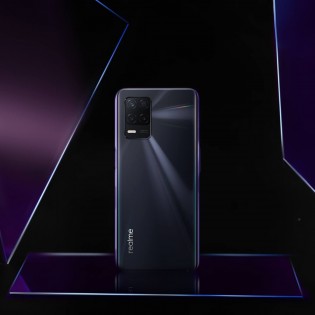 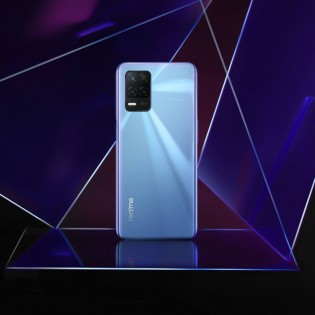 Going by the design and confirmed specs, the Realme 8 5G appears to be a rebadged V13 5G that's currently available in China. And if it's really a rebranded V13 5G, then you can expect it to come with Android 11-based Realme UI 2.0, FullHD+ LCD, 18W charging, 8MP selfie shooter, and two 2MP cameras (depth and macro) on the back accompanying the 48MP primary unit.

It has a telephoto and a wide angle front camera, x2 has depth sensors..cmon...

Get Moto G60 instead.